In a recent Denver Post column, Matt Dempsey from the Washington-based Center for Regulatory Solutions attempted to undermine a new report that highlights the public health threats due to ozone pollution from the oil and gas industry.

A DC-based political consultant complaining about clean air rules while working on behalf of an organization that has taken more than $100,000 in contributions from the American Petroleum Institute in recent years is probably not a surprise. But there are several factual problems with Dempsey’s argument that deserve closer scrutiny.

The oil and gas industry has an ozone problem, and it’s a lot bigger than what we know.

Colorado’s made progress in cleaning up our air. That much is clear, but it doesn’t mean that our air is yet as clean as it should be.

Ozone pollution is serious. It can trigger asthma attacks and worsen other lung diseases such as emphysema and chronic bronchitis. At-risk populations are most likely to be affected including children, the elderly, and minority communities.

Unfortunately, Colorado isn’t meeting the health based standards set by EPA which means we must do more to protect the health of Coloradans, including reducing emissions from the oil and gas industry. 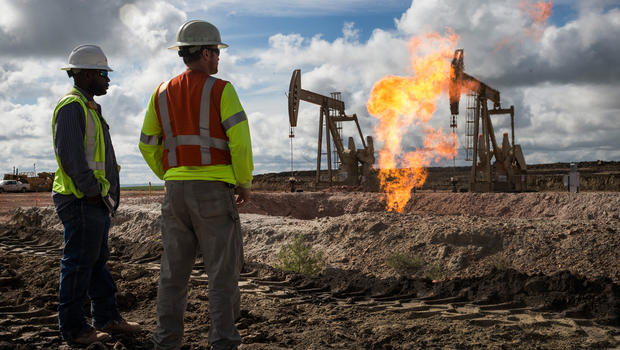 While Dempsey argues that emissions are on the decline, the truth is that our understanding of those emissions is limited to self-reported data from the oil and gas industry and that is grossly underreported. For instance, a University of Texas March 2013 study found that methane emissions were anywhere from 38 percent to 100 percent higher for different technologies used during drilling than what the national inventory reported. Other peer-reviewed studies have also come to the same conclusion that official methane emission estimates are woefully conservative. And where the oil and gas industry is emitting methane emissions, they are also emitting dangerous ozone-precursors such as volatile organic compounds and nitrogen oxides.

Colorado State University is working to get a better understanding of the threats posed by oil and gas-related ozone pollutants. This past week, CSU released a study showing that ozone-forming pollutants are extremely high at the initial stages of production in the Front Range, following recent research also demonstrating high levels of emissions in Garfield County.

State and federal regulations have helped clean up our air, but there’s more work ahead.

We’ve certainly made progress with the adoption of Colorado’s ground-breaking clean air rules in 2014 to cut ozone pollution and methane waste from the oil and gas sector. It was a huge step in the right direction where industry and environmental groups came together to find real solutions. Those rules have made a difference, but there’s more work ahead.

We have to make sure that we’re more comprehensively addressing “super emitters” that can pop up at any time, that we’re addressing emissions across the production chain during transportation and storage, and that oil and gas operators in areas with ozone challenges are meeting strong air quality standards necessary to bring ozone pollution levels to safe levels for public health.

While operators should get credit for reductions made to date, the challenges to ozone in the Front Range mean that we have more work ahead to ensure that the air is clean for millions of people. The Center for Regulatory Solutions might think all it takes is a few trumped up statements from oil and gas industry funded consultants to pull the wool over the eyes of folks in Colorado. But we know we cannot afford to let political spin drive the discussion on clean air. The truth is Colorado must do more to meet health based ozone standards. This will mean all of us, including the oil and gas industry, rolling up our sleeves to cut emissions and  strengthen efforts to protect our air quality.