Embattled GOP Rep. Mike Coffman’s re-election campaign in 2016 has been easily the most audacious triangulation off his own party that we’ve seen in his long political career–a reflection of the difficulty he faces remaining viable in ultra-swing CD-6 as Republican in the era of Donald Trump. Coffman has kicked the reinvention of his formerly hard-right political image into high gear with a dual message this election season: “He’s not like other Republicans”–and “Mike Coffman is one of us.”

But in a walk piece were were sent a photo of this week, Coffman seems to be taking the “one of us” meme a little too far: 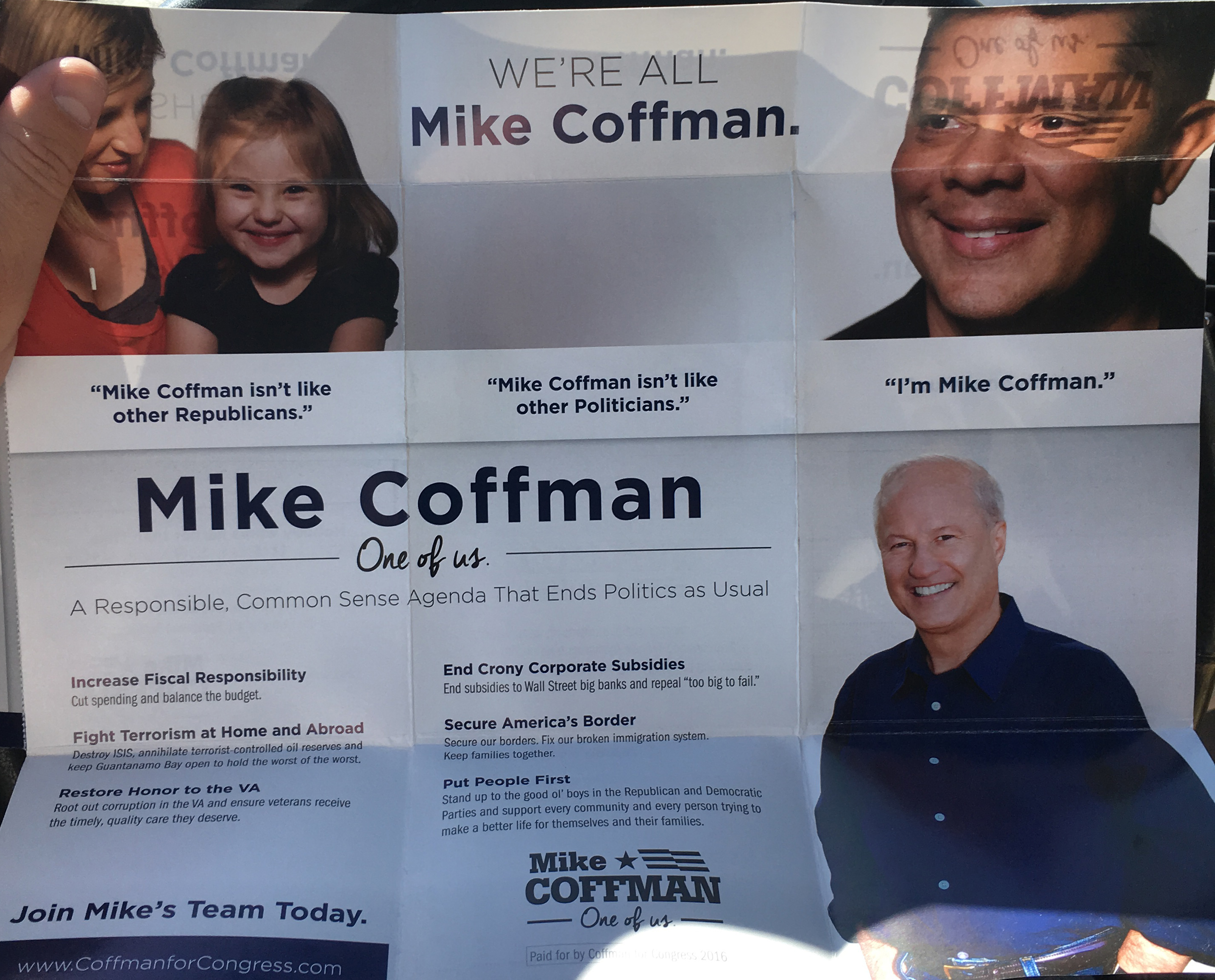 See the new twist? Mike Coffman isn’t just “one of us.” We’re all Mike Coffman! This presumably means you. 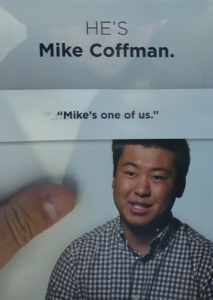 Look, we get that the point of this piece of campaign literature is to instill a sense of empathy between Coffman and the diverse voters of his district. Voters who in many cases wouldn’t find much to support in Coffman’s record if they knew the facts.

Unfortunately, Coffman was much better off presenting himself as a member of the community he represents, not bizarrely claiming he “is” the community. This may have seemed like a good idea in a strategy meeting, but it’s just strange and insulting in the final product–to the point of being downright narcissistic.

If Coffman can’t see that, we’d say he’s been on the run from his own past for too long.