So be it, Representative. Let the record show she declined a life jacket. 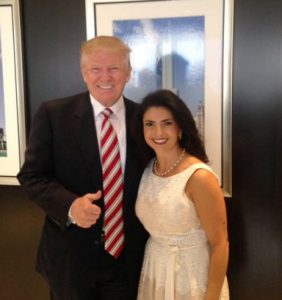 Kurtis Lee, formerly of the Denver Post now writing at the Los Angeles Times, reports on the reverberations from Donald Trump’s much-discussed speech on immigration this week–a speech that has Trump’s supporters cheering, running for the exits, and/or some combination thereof:

Donald Trump has held photo ops with his National Hispanic Advisory Council and in recent weeks boasted about his increasing support from this crucial voting demographic.

But that was before his speech on immigration this week.

On Thursday, several who sit on the council announced their resignation, citing Trump’s refusal to truly listen to their views on immigration reform.

Jacob Monty, a Houston-based immigration lawyer who was a member of the council, said in a Facebook post that he gave Trump a plan that would “improve border security, remove hardened criminal aliens and most importantly, give work authority to millions of honest, hard-working immigrants” in the country.

“He rejected that,” wrote Monty, announcing his resignation from the council after Trump’s speech. “So I must reject him.” 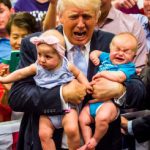 The revulsion being expressed by many of Trump’s Latino supporters over his speech this week is notably not shared by his Colorado Latino surrogates even if they can’t bring themselves to fully embrace it–as Colorado Public Radio’s Ryan Warner reports:

Colorado businessman Jerry Natividad, a state co-chair of Hispanics for Trump, said he and other Hispanic community leaders from across the nation were hoping to see a “very aggressive, but sensitive immigration reform package.”

Still, Natividad said he supports many — but not all — of the stances Trump has taken on immigration…

Natividad told CPR News a few months ago that he didn’t care for some of Trump’s rhetoric, but would vote for the Republican nominee after drinking a glass of bourbon.

Of particular interest is the response from a Colorado Republican lawmaker who has emerged as one of Trump’s go-to apologists with Latinos, Rep. Clarice Navarro of Pueblo. Navarro has been questionably vocal in her support of Trump while representing a heavily Latino district. Any comment on Trump’s speech, asks Kurtis Lee?

Last month, Trump held a roundtable meeting with members of the council, where they discussed creating jobs and the Republican presidential nominee’s plans on immigration.

Among those who attended was Colorado state Rep. Clarice Navarro, who said she left feeling optimistic about Trump.

“I’ve always felt he does care about the Latino community, and now it’s on us to get him elected,” she said at the time.

On Thursday, she could not be reached for comment. [Pols emphasis]

Latino supporters of Trump have broadly described a feeling of deep betrayal over Trump’s hard-line speech on immigration this week, except for some weird self-loathing stuff about “taco trucks on every corner” from the head of Latinos for Trump, Marco Gutierrez. Up to now, Navarro has practically dared her opponents to make Trump an issue in her race–boasting of her close contact with and him writing an op-ed in USA TODAY defending both Trump’s personal character and agenda.