(This is a user-created diary. To write your own, create an account using the menu on the top right – Promoted by Colorado Pols) 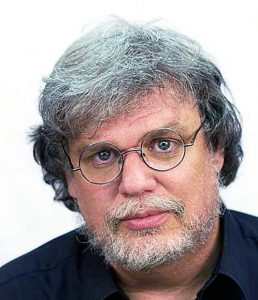 Ken Buck called Donald Trump a “fraud” and has said that “Trump’s proposal (to ban all Muslims) violates the Constitution, the values of our nation, the Republican Party platform, and my conscience.”

On this point, Mr. Buck was correct.

But now Congressman Buck expects you join him in supporting this fraud, this unconstitutional bigot, this violator of national values. According to a statement made on conservative talk radio, Mr. Buck believes a Trump presidency would mean that he (Buck) would “have a chance of influencing policy in the executive branch.”

What kind of influence might Congressman Buck have on a President Trump? So far, Ken Buck has supported legislation that would decrease funding for the Office on Violence Against Women, including funding for state and local law enforcement assistance. Both Buck and Trump have said that workers don’t deserve a minimum wage. Buck’s Article One Amendments were an attempt to defund everything from the EPA to tobacco education programs, more than 30 programs or government agencies in all, in a single piece of legislation.

Thankfully, Ken Buck has shown very little success in influencing policy in Congress or even within his own Party, where he is widely regarded as too uncooperative to be effective. Lack of cooperation and the inability to work with others is a large part of what is wrong with Congress today.

We need a Congressman who puts the real needs of his district first and can work with others to meet those needs, regardless of who is in the White House. We cannot afford another Congress that considers frivolous legislation while refusing to vote on our most pressing issues.

Ken Buck was right when he called Donald Trump a fraud. He was wrong when he decided that being a fraud was OK.

Bob Seay is a candidate for the U.S. House for Colorado’s 4th Congressional District. His website is BobForColorado.org or BuckNo.org

About Bob Seay for Colorado

I am a high school music teacher in Lamar, Colorado. I am also the Secretary of the Colorado Democratic Party and a former congressional candidate. The opinions expressed here are my own.
View all posts by Bob Seay for Colorado →