Air Quality is Being Harmed by Oil And Gas Development

Sometimes it seems that a headline should be too obvious to write, a title too trite and true. The “Dog Bites Man” story.

But there it is. And here we are–policy-wise–debating as if it is actually a question whether Colorado’s air quality is harmed by industrial development known to spew methane and volatile compounds.

Such is the power of money and slick PR. And it doesn’t just buy opinion and confound the public, it seems to buy congressmen too. 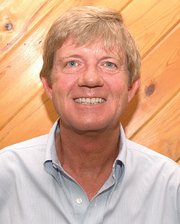 Earlier this month a new NASA study put to rest any doubt that America’s largest cloud of methane pollution was tied directly to oil and gas development in the San Juan Basin, the Durango Herald is reporting.

A two-year study released by NASA on Monday confirmed suspicions that energy extraction practices are largely responsible for the methane hot spot in the Four Corners.

“The argument that most of the emissions are from natural seeps, definitely, we can put that to rest,” said Christian Frankenberg, a research scientist at NASA’s Jet Propulsion Laboratory. “Most of the plumes we observed were directly related to industrial facilities.”

Shortly after the study was made public, a coalition of local and regional oil and gas associations in Colorado and New Mexico decried NASA’s findings, calling it limited in scope.

“They did not fly the entire outcrop,” Christi Zeller, executive director of the La Plata County Energy Council, said of the area where methane naturally escapes from the Earth’s surface. “We disagree with it (NASA’s study) wholeheartedly. We know and believe the largest sources are that outcrop.”

And this past Tuesday the state health department issued a pollution alert for the Front Range according to the Denver Post:

The Front Range corridor from El Paso County north to Larimer and Weld counties, including the Denver-Boulder area, Colorado Springs, Fort Collins and Greeley, is under the alert.

People exercising outdoors and those doing physical jobs or tasks outdoors should be aware of the conditions and react accordingly, the health department advises. Unusually sensitive people should consider reducing prolonged or heavy exertion.

As the Gazette reported from Colorado Springs, yesterday:

Ozone occasionally accumulates at high concentrations near the ground during the summertime, when pollution from vehicle exhaust, paints, cleaning fluids and other chemicals react with sunshine. 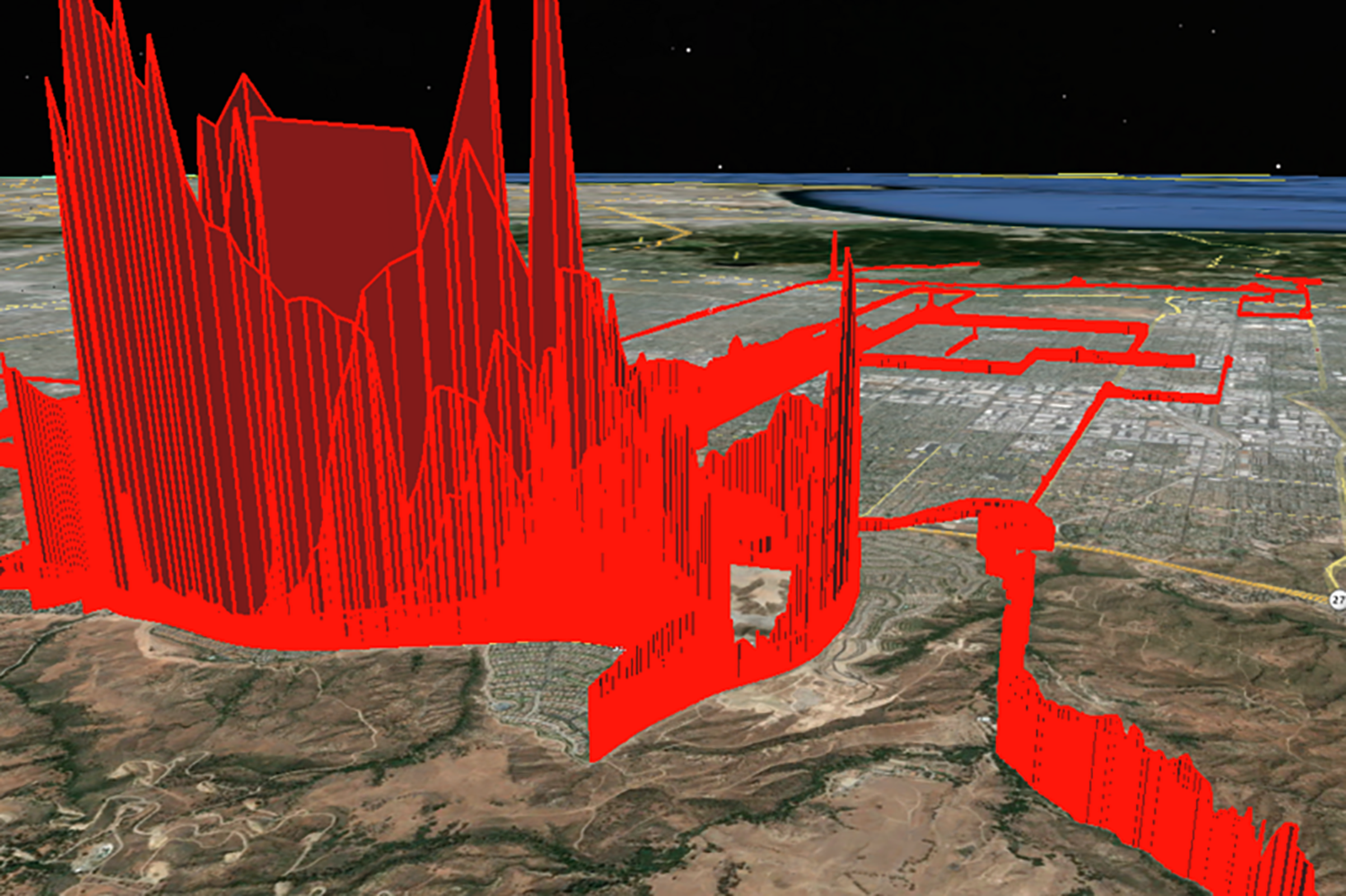 The Front Range has been out of compliance with the federal ozone standard for almost ten years, which was tightened even further last year.

Colorado has reason to address emissions causing ozone pollution and it’s not just the feds. Poor air quality is a public health menace and a drain on public resources.

In the days between the Four Corners methane report and this recent public health warning, another a first-of-its-kind study was being reported out of CU Boulder. That study also linked oil and gas development to local air pollution—the very kind threatening Coloradans’ health this week.

The CU Study found that oil and gas operations in the region contributed nearly one-fifth of the ground-level summer ozone pollution along the Front Range.

The northern Front Range has seen a big boom in oil and gas activity in recent years: The number of active wells in central Colorado’s Wattenberg gas field nearly doubled to over 27,000 between 2008 and 2015, according to state data.

…[The CU study] found that the VOCs from oil and gas contribute an average of 17 percent to local, chemically produced ozone during the summer. “Seventeen percent is small but potentially still significant,” said Steven Brown, co-author and scientist at the NOAA Earth System Research Laboratory. “

America’s largest cloud of methane pollution hovers over the San Juan Basin oil and gas field and the home of Rep. Scott Tipton.

The CU study is relevant, not only because Coloradans are literally being warned about exercising outside, but because the federal government is working to address this very problem through new regulations clamping down on fugitive oil and gas emissions.

Both the U.S. Environmental Protection Agency and the U.S. Bureau of Land Management have recently implemented or are finalizing rules to limit methane leakage from oil and gas facilities.

Of course these efforts to clean up our air are being opposed by the oil and gas industry–as the top quote in this post makes clear.

And from the Albuquerque Journal article, also on the NASA study:

The report, published Monday in the Proceedings of the National Academy of Sciences, said about 250 individual sources — including gas wells, storage tanks, pipelines, and processing plants — appear to account for about half of all methane emissions in the area. Of that, about 50 percent is coming from just 25 individual sources, meaning two dozen points of emission are responsible for about one-fourth of all the methane spewing into the atmosphere in the Four Corners.

… The study comes amid debate over new Environmental Protection Agency rules released in May, plus forthcoming Bureau of Land Management regulations, that require industry operators to cease venting natural gas into the air, repair leaky infrastructure and monitor their assets for methane emissions. Those policies aim to slow global warming, since methane is about 80 times more powerful as a greenhouse gas over the first 20 years after entering the atmosphere than carbon dioxide.

“We believe a whole lot of additional studies are needed before we can say massive policy changes are called for in the San Juan Basin,”

A disappointing response from industry, perhaps, although not unexpected. But the worse of it is that it is not only oil and gas spokespeople that are denying the science and downplaying the threat. Chief among the opponents of cleaner air are a few of Colorado’s own congressmen. 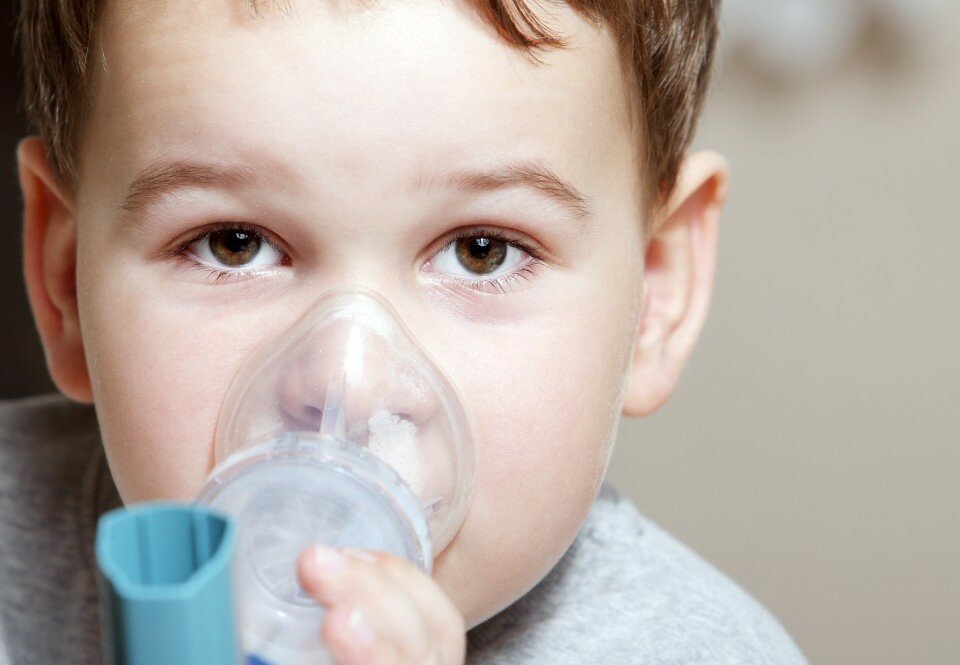 Children are at particular risk from bad air quality, like that caused by methane pollution from oil and gas operations.

Take Third Congressional District representative, Scott Tipton for example. He not only represents the area that is “home to America’s largest methane cloud,” but he hails from the region as well.

Rather than working with the agencies to help address a serious problem plaguing his district and the State of Colorado, Rep. Scott Tipton has chosen to side with the industry instead, as reported in his hometown newspaper the Cortez Journal:

Rep. Scott Tipton, R-Cortez, joined 56 other members of Congress on Wednesday in signing and sending a letter to Secretary of the Interior Sally Jewell asking her to withdraw the Bureau of Land Management’s new methane venting and flaring rule.

… Southwest Colorado’s San Juan Basin is home to part of the highest concentration of methane in the country.

Representative Tipton’s position on oil and gas has long been clear: he’s all for it. And that appears to be regardless of what local communities or elected officials think. As Gail Schwartz, his Democratic opponent this November, noted at a recent stop in Pueblo, and as reported in the Chieftain:

“Scott Tipton represents his largest donors, which are oil and gas. He doesn’t represent his communities,” she said.

Some things a bit too obvious to state. That oil and gas development pollutes and that pollution is harmful, for instance. Or that an elected representative should look out for constituents and the public good foremost, rather than for the benefit of out-of-state well-heeled donors.

This November we can set both these matters on a more sensible course. Elections matter, including to the very air we breathe.