With Hillary Pulling Away, What Happens Down The Ballot? 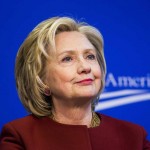 As the Colorado Statesman’s Ernest Luning reports, there’s really no longer any doubt:

It’s the sixth consecutive poll that shows Clinton comfortably ahead in Colorado, which has been considered a swing state in recent elections.

In the poll, which was conducted Aug. 9-16, Democrat Clinton beats Republican Trump with the support of 49 percent of likely Colorado voters to his 39 percent. In a four-way race, Clinton leads Trump 41-33 percent, with 16 percent for Libertarian nominee Gary Johnson and 7 percent for Green Party candidate Jill Stein.

Colorado voters appear to have highly unfavorable opinions about both Clinton and Trump, although that’s a contest Trump is winning by about 10 points.

Quinnipiac University’s polling in Colorado is notorious for overestimating Republican strength, especially early polling from them more useful as GOP-leaning propaganda than any kind of accurate barometer. In this case, however, Q-Pac is tracking only a few points right to what the other recent polls all show in Colorado–a large and growing lead for Hillary Clinton.

In the absence of anything on the horizon to change the trajectory of the presidential race, the next logical question is how the growing likelihood of a Clinton landslide victory will affect races down the ballot. Republicans have more or less conceded the U.S. Senate race to incumbent Democrat Michael Bennet at this point, so the line of defense for them begins with the two congressional races considered pickup opportunities for Democrats: Scott Tipton in CD-3 and Mike Coffman in CD-6. From there, Colorado Republicans face a major challenge holding their one-seat majority in the state senate–with everything coming down to an all-in Trump-supporting conservative running in a swing suburban district.

For all of their perennial bravado Republicans have generally had their backs against the wall electorally in this state since 2004, when a resurgent Democratic coalition took what has proven to be enduring control of the state legislature. Since 2004 Democrats have won consistently at the top of the ticket, and fought to the last vote even in the biggest “GOP wave years” of the Obama presidency.

In 2016, the scenarios for Republicans in Colorado range from honorable defeat to wholesale destruction. The difference relies on the degree to which local Republicans can convince voters to split the ticket–a nightmarish political position to be in.

For Democrats, it’s the greatest opportunity to run up the score since the “Colorado Model” became a thing.