RedState Gathering: The Saddest Convention In The World 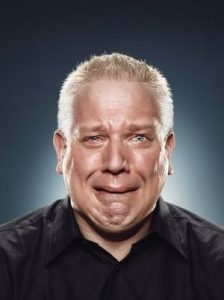 It doesn’t seem to be making the same splash as the recent Western Conservative Summit, but another high-profile conservative political activist conference is underway this weekend, this time at the Grand Hyatt in downtown Denver–the 2016 RedState Gathering. You might consider the RedState conference to be an analogue to the left’s annual Netroots Nation conferences.

But this year, with the Republican Party having nominated megalomaniacal businessman Donald Trump for what increasingly appears to be one of the most disastrous presidential campaigns in any major political party’s history, RedState is by most accounts a really weird place to be right now.

We can probably start with last night’s keynote speaker, multimedia conservative pole star Glenn Beck. For reference, this is the guy who has already said “it will be a ‘gigantic mistake if this country chooses Donald Trump’ as its next president.” CBS4:

“The GOP is over,” said Beck, hours before his keynote speech that was supposed to unify conservatives at the conference… [Pols emphasis]

“He’s absolutely uncontrollable. So now that they realize, ‘Oh, crap. He won’t listen to us’ now suddenly they’re against him,” said Beck. “You made your bed. Enjoy it while it lasts.”

With less than 90 days out – you might suspect there to be a lot of support for the GOP Nominee – that however was not the case on Friday.

Speakers barely mentioned Trump during their addresses and no picture of Trump was present in the summit’s lobby.

In fact on Friday, the keynote speaker was Glenn Beck who told the crowd gathered that “Trump is a liar” and that he is “wholly unqualified” to be President. [Pols emphasis] 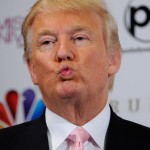 After his prepared remarks at the Red State event Friday, U.S. Rep. Ken Buck of Greeley, a member of the ultra-conservative House Freedom Caucus, was asked from the floor about his opinion of Trump.

“Yeah,” he said before a pause that drew laughter from the floor. “I don’t think I mentioned the Broncos to you.”

Among the speakers at this year’s RedState gathering, you’ve got a very large number of conservative pundits and candidates who have disparaged Trump–mostly before he won the Republican presidential nomination, of course! Like Erick Erickson, the former editor of RedState, who calls Trump “just another Fascist with an enemies list.” Or Gov. Nikki Haley of South Carolina, who says Trump is “everything a governor doesn’t want in a president.” Or columnist Hugh Hewitt, who compared Trump to “stage four cancer.”

For so many of these ideological thought leaders on the political right, Trump’s takeover of their party of “values”–family values, supply-side economics values, whatever–and substitution of his own amoral cult of personality for those values, is a very real and personal defeat. One’s sympathy for their plight must however be tempered with the knowledge that they did this to themselves. Years of deliberate inculcation of contempt within the Republican base for anything inconvenient to the party’s agenda, from public institutions to the “mainstream media” to reason itself, more than any other factor, is what enabled Trump’s low-information rise to power. And the “thought leaders” of the right like Glenn Beck and Hugh Hewitt led the way.

Sorry to dump on them when they’re already feeling down. But please, at long last, let’s get real.