The Most Transparently Stupid Editorial You’ll Read This Year 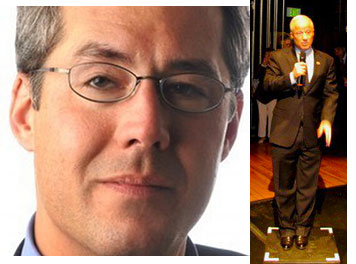 Sorry, Chuck Plunkett, but there’s no more room on this here soapbox.

The editorial board at the Denver Post has always been an unabashed defender of Congressman Mike Coffman. This is not something that any reasonable person could dispute with a straight face.

There may be isolated instances when Coffman has been slightly dinged in the editorial pages over the years, but by and large the Aurora Congressman is treated as a favorite child by the Post. This was true when Vincent Carroll was the editorial page editor, and it is certainly the case now that Chuck Plunkett is commanding the keyboard.

As we’ve said many times in this space, journalists are not infallible beings who are able to tuck away every inherent personal bias when writing about a particular subject, and it is unfair for anyone to expect otherwise. Everyone is biased, to some degree, about everything. But it is a different thing altogether when “bias” morphs from favoritism into outright prejudice — the kind of indefensible preconceived slants that are not supported by fact or logic and cannot be reasonably explained otherwise.

This is the kind of blind prejudice that drives an editorial such as the one that appeared Friday evening in the Denver Post (“Rep. Mike Coffman Right to Defy Donald Trump”) in which Mike Coffman is inexplicably defended for his ongoing tap dance about Republican Presidential nominee Donald Trump. This editorial, presumably written by Plunkett, is over-the-top silly, filled with blatant untruths and constructs so illogical that they end up making Coffman look bad by accident. Let’s take a look:

Good for Mike Coffman. On Thursday the Republican congressman from Aurora went farther than other political candidates in his party have gone by attacking Donald Trump in an online ad headed for a small television run.

The very first paragraph of the editorial is factually wrong. Coffman hasn’t gone “farther than other political candidates in his party” in attacking Donald Trump. Despite his criticisms, Coffman still won’t say whether or not he will support the GOP nominee in November; many other Republicans, such as South Carolina Sen. Lindsey Graham, have repeatedly said in public that they won’t even vote for Trump.

But it strikes us as odd for Coffman’s liberal critics to demand for months that he clearly state whether he would support Trump and then cry foul once he does not.

While it’s true that Coffman once maintained he would support whoever won the GOP nomination, he did so in February, when he said he thought Sen. Marco Rubio would get the nod. And Coffman has used much the same language in his ad in recent past statements.

Try to explain this one without getting a migraine. It’s true, says the Post, that Coffman said he would back the Republican nominee for President…but he only said that because he was supporting Marco Rubio at the time, and he thought Rubio would be the GOP nominee.

What the Post is actually saying here is that Coffman was lying when he said he would support the GOP nominee for President, because what he really meant was that he would only support Marco Rubio as the GOP nominee. As a defense of Coffman, this is as blatantly illogical as “2+2=5.”

It’s also worth noting here the disservice that Plunkett does to Coffman, albeit on accident. We’re not aware of any other media descriptions of Coffman’s position on the Presidential race that directly implicate the Congressman as saying he would back the Republican nominee for President; it’s usually Coffman’s former spokesperson, Kristin Strohm, who gets the “credit” for saying Coffman would back the GOP nominee.

Another fact that ought to be obvious in considering whether Coffman’s words can be judged sincere: By challenging the shoot-from-the-hip nominee, he exposes himself to Trump’s vicious and vindictive ways. No small consideration, as any number of critics have learned.

Here the Post says that Coffman is definitely sincere in his criticism of Trump because most everyone else is afraid to say anything negative about Trump. This might make a modicum of sense if it were at all true that there was a general reluctance among Americans at large to attack Trump. Plunkett would have you believe that Coffman is on the leading charge of anti-Trump sentiment, when in truth, the Aurora Congressman can’t even keep his narrative straight within the same news cycle.

This editorial by the Post and Plunkett is journalistic jaundice as its worst. We’ve come to expect this kind of editorial prejudice from the likes of the Colorado Springs Gazette, where editor Wayne Laugesen doesn’t even bother to pretend that his wife doesn’t take money from the same Republican politicians upon which the newspaper will heap praise, but the Denver Post didn’t used to be this way. Former Post editorial page editor Vincent Carroll was an unabashed supporter of conservative Republican principles, but he never would have blindly walked into the same logic traps that befuddle Plunkett here. Carroll didn’t hide his own biases, but he didn’t thumb his nose at factual truths, either.

As the writer E.B. White once said, “Prejudice is a great time saver. You can form opinions without having to get the facts.” Maybe Plunkett was just under a tight deadline. Maybe (probably) not. Whatever the reason, the result is an editorial that is so illogical and silly that it damages the credibility of an entire newspaper.

True prejudice and bias doesn’t recognize its own flaws, and neither does the Post in this instance. When your logic in defense of a subject is so terrible that the subject ends up looking worse as a result, you’ve lost the ability to even attempt to appear reasonable. This editorial is just plain silly, and “silly” is about the worst thing that can happen to a news organization.