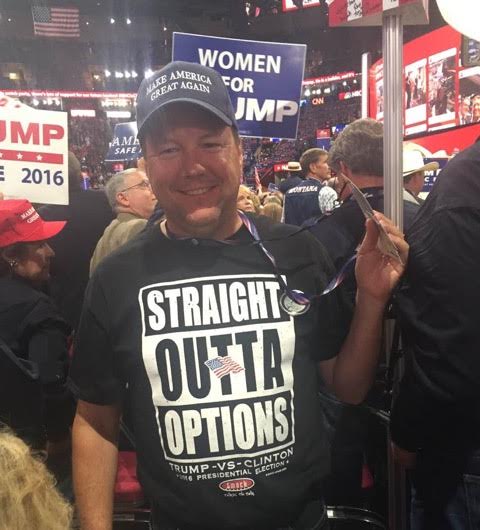 So, we’re a little confused about the mixed messages Sen. Harvey is displaying–a T-shirt that says “Straight Outta Options,” in reference to the presumed undesirability of either Donald Trump or Democratic nominee Hillary Clinton. But he’s also wearing a Trump “Make America Great Again” baseball cap. What gives? Is one of Hillary Clinton’s nastiest ankle-biters hedging his bets? Is he trying to also win the business of a “Stop Trump PAC”?

Let’s sort it out for him, gentle readers.