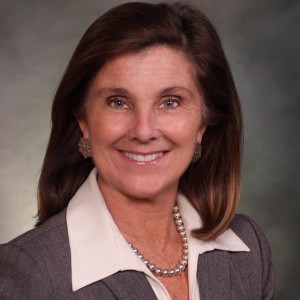 This just in…according to a press release from the Congressional campaign of former state Senator Gail Schwartz:

Gail Schwartz, candidate for Congress in Colorado’s 3rd Congressional District, continued to demonstrate the strength and momentum of her campaign by raising a very impressive $622,960.02 in contributions. As a testament to the efficiency of her grassroots campaign, Schwartz for Congress has $549,421.46 cash-on-hand. Notably, Colorado residents accounted for roughly 70 percent of the individual contributions in the most recent report…

…Fundraising is not the only area in which Schwartz is demonstrating strength. She has received a number of key endorsements, including the League of Conservation Voters, EMILY’s List, Colorado AFL-CIO, Colorado Women’s Leadership Circles of Influence, Blue Dog PAC, and the Sierra Club. She is well known in southern and western Colorado, since she has already represented the counties of the 3rd Congressional District as an elected University of Colorado Regent, and went on to represent 12 of the 3rd Congressional District counties as the State Senator from Senate District 5. And as a tireless campaigner, she will be on the road until Election Day to meet as many residents of the District as possible.

If incumbent Rep. Scott Tipton (R-Cortez) wasn’t sweating Schwartz’s campaign already, he certainly is now. Since jumping into the race for CD-3 in April, Schwartz has quickly racked up high-profile endorsements and big checks in her bid to unseat Tipton. Schwartz has been mentioned in prior years as a potential challenger in CD-3, and as we’ve said before in this space, she is a savvy candidate with deep money connections who would not have finally entered the race without some strong indications that she could win.

Support for Schwartz’s campaign ramped up quickly, and she should only continue to gain more momentum after such a tremendous fundraising quarter.