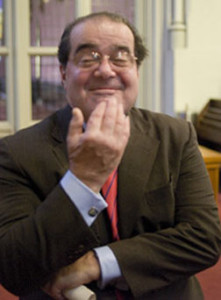 “The Supreme Court’s split decision in U.S. v. Texas is incredibly disappointing and leaves millions of individuals and families hanging in the balance. President Obama’s executive actions were an attempt to move the country forward in light of Congressional inaction on comprehensive immigration reform.

“Today’s split decision also reiterates the need for a full 9 Justice Supreme Court. It is time for Senate Republicans to do their job and move forward with hearings and a confirmation vote for Judge Garland.”

The Supreme Court deadlocked Thursday on President Barack Obama’s immigration plan that sought to shield millions living in the U.S. illegally from deportation, effectively killing the plan for the rest of his presidency.

The outcome underscores that the direction of U.S. immigration policy will be determined in large part by this fall’s presidential election, a campaign in which immigration already has played an outsized role.

People who would have benefited from Obama’s plan face no imminent threat of deportation because Congress has provided money to deal with only a small percentage of people who live in the country illegally, and the president retains ample discretion to decide whom to deport. But Obama’s effort to expand that protection to many others is effectively stymied.

As you might expect, immigration-reform activists are not particularly pleased with today’s ruling. Here’s what Marilena Hincapie, the executive director of the National Immigration Law Center, had to say in a press release:

“This politically driven lawsuit should never have made it this far: Two of the four Fifth Circuit judges who have considered the case noted rightly that Texas and other states simply did not have standing to bring it. Other state-driven anti-immigrant lawsuits were thrown out on the same grounds.

“With this case, the Court had an opportunity to provide clarity and guidance on executive power and to free up programs that would have tremendous social and economic benefits. Instead, they followed a troubling trend this term of failing to do the job the American people and the Constitution entrusted to them, due in part to the politicized vacancy on the Court.

The stakes are now even greater for the November elections as the next president will have the opportunity to appoint several Supreme Court justices in their first term, shaping our country’s future for decades to come.  Immigrant communities are committed to continuing our fight for our families.”

We will continue to update this story as it progresses today.