Tancredo responds to Orlando shooting with another “Celebrating Diversity” image

(Tancredo is a one- sick-trick pony – Promoted by Colorado Pols)

After the Paris shooting last year, former GOP Congressman Tom Tancredo posted a Facebook image with the words “Celebrating Diversity…one massacre at a time…Coming soon to a concert hall near you.”

Tancredo posted the meme below on Facebook late last night. It’s similar, with the same “Celebrating-Diversity” headline and concluding with, “Coming soon to your community.” 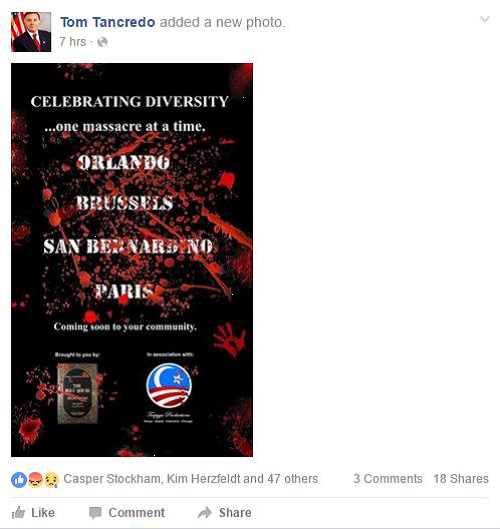