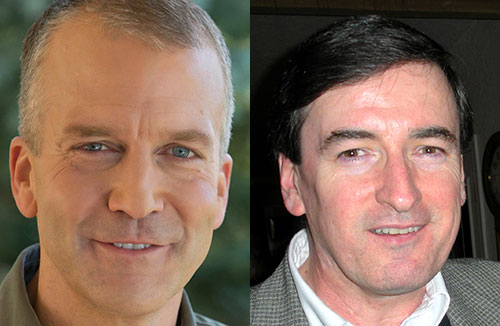 As the Alaska Dispatch News reports, this could get weird for Alaska’s other U.S. Senator…Dan Sullivan:

Sullivan, who faced a term limit when he left the top city office after six years last year, was a surprise candidate when he showed up at the state elections office about 10 minutes before the doors closed at 5 p.m, wearing jeans, a polo and blazer.

If he wins, Alaska would have the odd distinction of having two Dan Sullivans serving in the U.S. Senate. The other Dan Sullivan, also a Republican, beat Democrat Mark Begich in 2014. Begich was also a former Anchorage mayor.

Ex-Mayor Sullivan finished filling out his paperwork at the office counter while joking with reporters about lifting Sen. Dan Sullivan’s old campaign signs.

There are so many unanswered questions here, and all of them are pretty fascinating. How does Sen. Murkowski convince Republican voters not to support this Dan Sullivan? This is going to be confusing as hell for low information voters participating in the August Primary.

Will Senator Dan Sullivan endorse Murkowski for re-election instead of the guy with his same name? Imagine the headlines: Dan Sullivan declines to endorse Dan Sullivan.

We don’t know anything about either Dan Sullivan, really, but how can you not root for Alaska to have two U.S. Senators with the exact same name? If you think the Senate is a dysfunctional mess now, imagine what it would be like with two Senators from the same state with the same freakin’ name.