POLS UPDATE: Apropos, Democratic CD-6 candidate Morgan Carroll calls out the Douglas County GOP for a shocking Tweet today, and asks GOP opponent Rep. Mike Coffman to stand up to them in the name of decency:

Congressman Coffman has been an outspoken opponent of a woman’s right to choose, and yet he tries to run away from his own rhetoric when it comes time to run for reelection. He said he was pro-life with no exceptions and supported the Personhood Amendment, which defines would define “person” as any human being from the moment of conception. This year he has voted to defund Planned Parenthood six times. 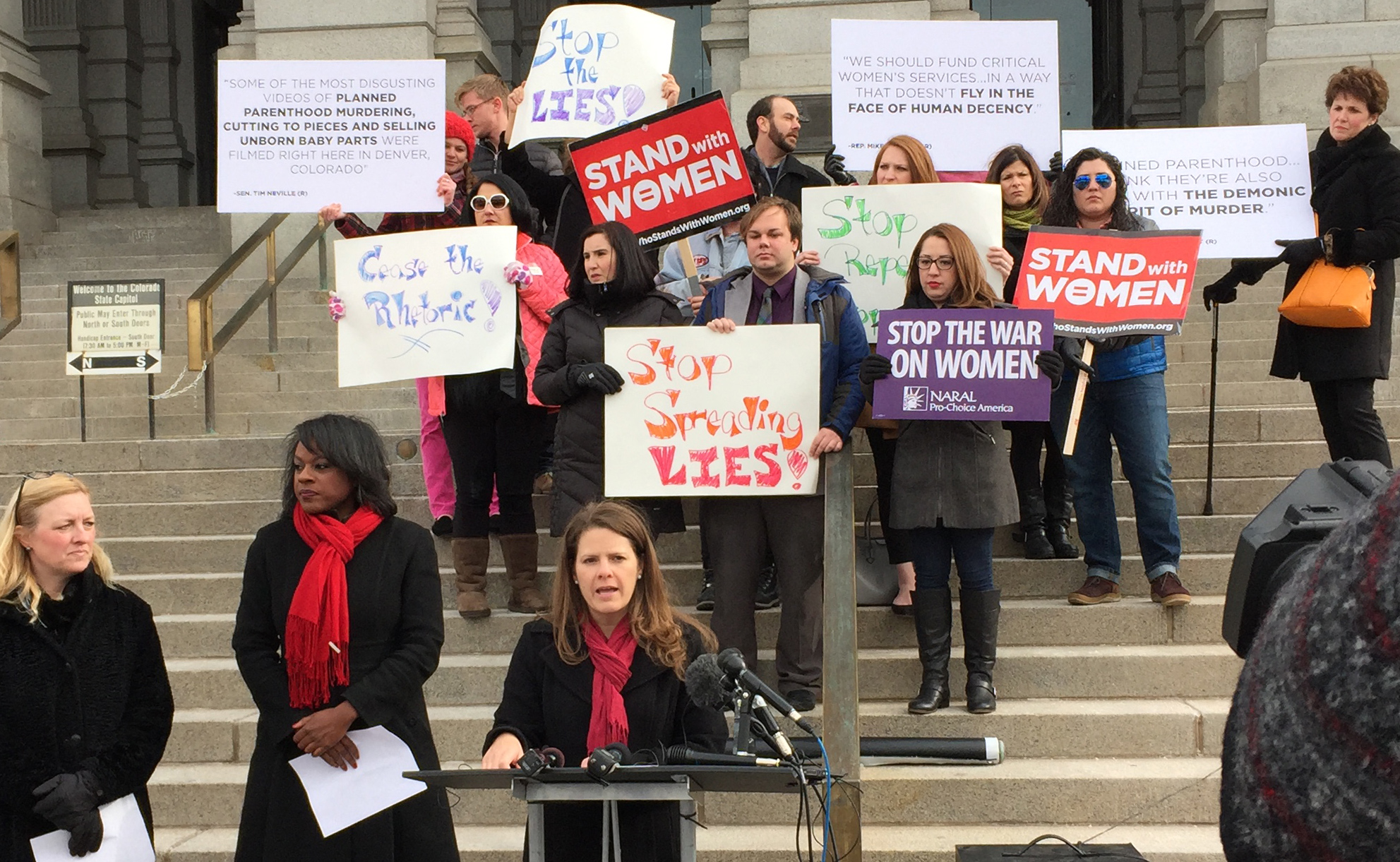 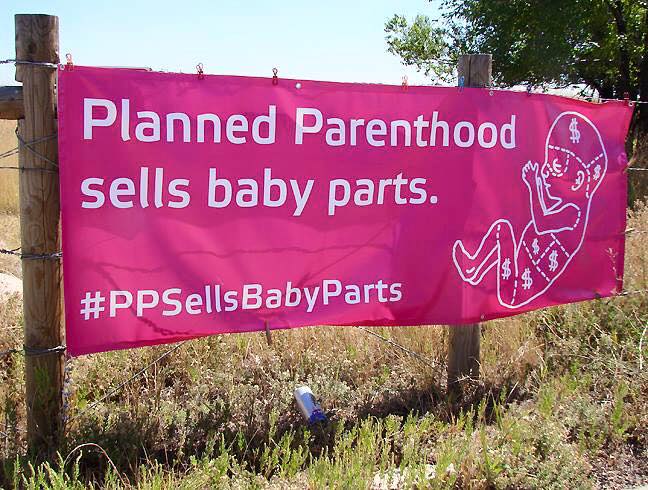 In the aftermath of last week’s domestic terrorist attack on a Planned Parenthood clinic in Colorado Springs, ProgressNow Colorado, the state’s largest online progressive advocacy organization, joined with NARAL Pro-Choice Colorado and concerned citizens to demand that right-wing politicians in Colorado at every level apologize for their false claims about Planned Parenthood–claims that have resulted in numerous acts of violence against women’s healthcare providers, including Friday’s mass shooting in our state.

“Across the nation and now here in Colorado, the latest smear campaign against Planned Parenthood has directly contributed to violence,” said ProgressNow Colorado executive director Amy Runyon-Harms. “For months, right-wing anti-choice politicians have leveled extreme and totally unfounded allegations that the organization ‘sells baby body parts.’ News reports indicate these are the same words the alleged killer used last weekend to justify his murderous rampage. The clear link between the false attacks on Planned Parenthood and violence against their facilities in recent months can no longer be ignored.”

“Let’s be clear, when you use fighting words, and you break laws to prove your point, your words and actions appear to condone violence and hate,” said Karen Middleton of NARAL Pro Choice Colorado. “The so-called ‘Center for Medical Progress’ led a three-year campaign, using false information and deceptive editing to gain access and justify their views. The elected leaders holding hearings attacking the largest provider of women’s health care don’t get to say ‘I did not mean it’ when a deranged individual takes action in response to those words.”

Here in Colorado, right-wing politicians have joined in the false attacks on Planned Parenthood, using incendiary rhetoric that could motivate unstable persons to commit violent acts. Sen. Tim Neville, a candidate for the United States Senate, actually claimed that “some of the most disgusting videos of Planned Parenthood murdering, cutting to pieces and selling unborn baby parts were filmed right here in Denver, Colorado.” Jennifer Mason of Personhood USA said in response to the shooting that “the media is failing to report that innocent babies are killed in that very building every day that they are in business.” Nate Marshall, a former Republican legislative candidate, unequivocally praised the shootings, saying “this guy is a hero. Children are not being slaughtered and butchered for profit by left wing scum today.”

“Colorado politicians at every level from Rep. Mike Coffman, who has repeatedly used Planned Parenthood as a political football, to state legislators who held a sham ‘hearing’ to attack Planned Parenthood last month, have contributed to the toxic environment that resulted in Friday’s tragic mass shooting in Colorado Springs,” said Runyon-Harms. “The attacks on Planned Parenthood have been discredited, but that hasn’t stopped politicians from lying about the organization. And now, three people are dead.”

“It must stop, and stop now,” said Runyon-Harms. “We call on right-wing politicians across the state and nation to stop their false attacks on Planned Parenthood, and apologize for lies that are directly contributing to politically-motivated violence in America today. You either stand with women, or you’re standing in the way.”