UPDATE: If that’s not enough for you: 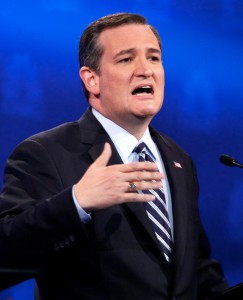 In a letter today to NBC chairman Andrew Lack, Republican National Committee chairman Reince Priebus (we think we’ve got those i’s and e’s right) announces that the GOP is “suspending the partnership” with NBC to broadcast another presidential debate on their network, after the “downright offensive” questions from CNBC debate moderators in Boulder Wednesday night:

The RNC’s sole role in the primary debate process is to ensure that our candidates are given a full and fair opportunity to lay out their vision for America’s future. We simply cannot continue with NBC without full consultation with our campaigns.

The CNBC network is one of your media properties, and its handling of the debate was conducted in bad faith. We understand that NBC does not exercise full editorial control over CNBC’s journalistic approach. However, the network is an arm of your organization, and we need to ensure there is not a repeat performance.

While debates are meant to include tough questions and contrast candidates’ visions and policies for the future of America, CNBC’s moderators engaged in a series of “gotcha” questions, petty and mean-spirited in tone, and designed to embarrass our candidates. What took place Wednesday night was not an attempt to give the American people a greater understanding of our candidates’ policies and ideas.

I have tremendous respect for the First Amendment and freedom of the press. However, I also expect the media to host a substantive debate on consequential issues important to Americans. CNBC did not. 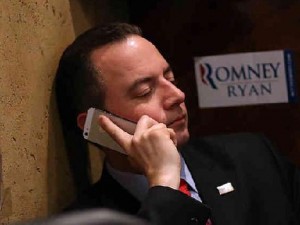 Since Wednesday night’s debate, the conservative message machine has worked overtime to vilify CNBC and the debate’s moderators. It should be noted that some of the criticism of the moderator’s performance does not have partisan motives–like when moderator Becky Quick apologized to Donald Trump for a “misquote” that, as it turns out, wasn’t a misquote at all. For us, the real problem with this post-debate assault on the debate moderators can be summed up in this now-famous exchange between moderator Carl Quintanilla and Sen. Ted Cruz:

CARL: Senator Cruz, Congressional Republicans, Democrats, and the White House are about to strike a compromise that would raise the debt limit, prevent a government shutdown, and calm financial markets that fear another Washington-created crisis is on the way. Does your opposition to it show that you’re not the kind of problem-solver American voters want?

CRUZ: You know, let me say something at the outset. The questions that have been asked so far in this debate illustrate why the American people don’t trust the media.

This is not a cage match. And if you look at the questions: Donald Trump, are you a comic book villain? Ben Carson, can you do math? John Kasich, will you insult two people over here? Marco Rubio, why don’t you resign? Jeb Bush, why have your numbers fallen? How about talking about the substantive issues … and, Carl, I’m not finished yet. The contrast with the Democratic debate, where every fawning question from the media was, Which of you is more handsome and why? And let me be clear —

CARL: You have 30 seconds left to answer, should you choose to do so.

CRUZ: Let me be clear. The men and women on this stage have more ideas, more experience, more common sense than every participant in the Democratic debate. That debate reflected a debate between the Bolsheviks and the Mensheviks. And nobody watching at home believes that any of the moderators have any intention of voting in a Republican primary. The questions that are being asked shouldn’t be trying to get people to tear into each other. It should be what are your substantive —

CARL: I want the record to reflect, I asked you about the debt limit and got no answer. [Pols emphasis]

This outburst from Sen. Cruz is what started the entire backlash against the CNBC moderators of Wednesday’s debate. But do you notice how it was a perfectly reasonable question that Cruz avoided answering? Nobody even remembers Quintanilla’s question about the major budget agreement between outgoing GOP Speaker John Boehner and the Obama administration today–only that Cruz used this moment to launch into a tirade of what appeared to be scripted media bashing.

You know, instead of answering the question.

Folks, we’re not going to defend every interaction from these debate moderators, but other than losing control of the debate repeatedly as this slate of GOP candidates jousted with them and among themselves, there was absolutely nothing about CNBC’s production or emceeing that merited this ridiculous scold of a letter from RNC chairman Priebus. CNBC doesn’t owe the RNC or these candidates an apology for any question they were asked–and it’s ridiculous to suggest that presidential candidates should not be able to respond thoughtfully to any question asked of them. If they can’t do that, maybe they shouldn’t be running for President.

Bottom line: when you get past the bluster, there’s a reason why Republicans, far more than Democrats, invest tremendous time and effort into discrediting the so-called “lamestream media.” There’s a reason why journalism is consistently denigrated in the most sweeping terms by one side of the American political spectrum, even though both sides are frustrated by media coverage from time to time.