(All aboard the clown car! If it is an election year, Dan Caplis is talking about running for something! – Promoted by Colorado Pols) 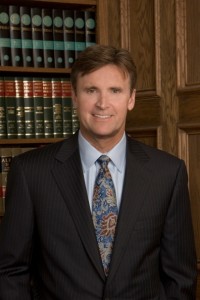 “Tim Neville, who announced [his U.S. candidacy] yesterday , a conservative, leaves a lot of room for someone else to jump in,” said Calhoun in response to Dezzutti’s question about the Colorado Senate race. “The most interesting one I’ve heard lately is, Dan Caplis is looking again at a race.”

“I appreciate Patty saying that because it’s true,” Caplis told me this afternoon when I called to confirm. “I absolutely have a serious interest.”

Caplis, a Denver attorney and longtime radio personality, told me he was fully behind the potential candidacy of George Brauchler, and thinks Brauchler would make a great senator. But when Brauchler decided against running last week, Caplis decided to consider entering the race himself, he said.

“I just need to make sure it’s the right thing for our family first,” said Caplis, whose talk show airs on KNUS 710-AM. “And then, beyond that, I’ll just take a good hard look at whether this is the way to make the best contribution that I can. I mean, that’s what most people try to do. That’s what I’m trying to do. Is this the best way to do that?”

Caplis, a conservative Republican, will announce his decision is six to eight weeks after meetings and further thought, he said, promising not to “drag out” the decision.

Caplis’ name was floated in 2009 as a possible opponent for Sen. Michael Bennet. And back in 2007, Caplis spent a couple months traveling the state and talking with folks about whether to run against Democratic Sen. Ken Salazar.

“It would hard to be a lot more serious than we were about it before,” said Caplis when asked if he was more serious this time around. “Honestly, we were very close to getting in before. It’s pretty much the same this time. I’m very serious about it, but I have to make sure, first and foremost, that it’s right for the family.”

“Beyond that, I think it’s pretty clear that a person can make a pretty big contribution as a U.S. Senator, if they are willing to do what it takes to make that contribution. And I think there’s a lot at stake in this election.”

Asked if he’s more like Ken Buck or Cory Gardner, Caplis said, “Don’t box me in. Don’t put any labels on me. That’s one of the reason I’d love to run this race, is to do it the right way. Stand up and tell people what you really believe and what you are really going to do and not get boxed in by labels or any of that. And if people want me, they want me. And if they don’t, they don’t. But if I run this race, it’s going to be a race unlike people have seen before.”