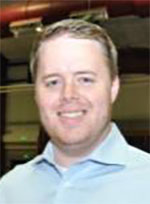 Ryan Lynch has been named Executive Director and Political Director of the Colorado Republican Party.

Colorado Republicans have been operating for months without an official Executive Director, in part because of the Coffmangate scandal that enveloped the State GOP last summer.

The full press release is available after the jump…

“Ryan has a demonstrated track record of performance in working for candidates and within the Party structure. This makes him a big asset to our Party and our candidates.  He has deep roots in our state and a broad range of relationships across it,” House said.

Lynch was born in Colorado Springs and is a graduate of the University of Colorado at Boulder.  Before joining the state Party, Lynch spent the last ten years working on various campaigns in Virginia, Nebraska and Colorado.  Recently, he served as the deputy campaign manager and political director for Bob Beauprez’s 2014 gubernatorial campaign and was a consultant for Gov. Scott Walker’s presidential campaign in 2015.

“We are heading into a critical election year, one that will decide the direction of our state and nation,” Lynch said.  “It’s imperative that the Party continues reaching out to county leaders, elected officials, candidates and volunteers to ensure we elect Republicans up and down the ticket in 2016.  I’m thankful that Chairman House has entrusted me with this opportunity.”

Lynch is no stranger to the state Party.  Soon after House’s election as chairman, Lynch worked with House and his staff to begin an ambitious series of programs to raise funds, improve data and infrastructure, and ensure county parties have the support they need to win in 2016.

“Ryan knows exactly what our Party needs to accomplish in the next few months,” House added.  “We are fortunate to have someone of his caliber willing to help lead our Party forward.”