I’m not racist, but I want to know how many of “those New Black Panthers” are on welfare

(Another of life’s winners – Promoted by Colorado Pols) 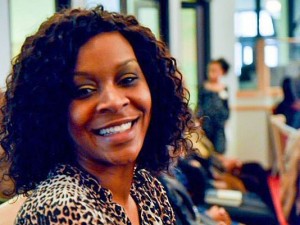 Last month, the Houston Chronicle reported that “about 25 members of the Black Panthers marched in front of the Waller County Jail in Hempstead Wednesday to protest the arrest of Sandra Bland and other cases they characterized as ‘crimes against black people.'”

Bland, you recall, apparently hanged herself after being pulled over and mistreated by a police officer.

Randall: “I wish we could have profiled all those New Black Panthers. Hey, tell me a little bit about yourself. Are you in Section 8 housing. What welfare programs are you on? What’s your income? What do you do for a living? Got any felony arrests? Just curious.”

Randall, who has a morning show on KVOR, was upset at the protesters’ chants and the fact that some were carrying guns, apparently legally.

No, he told callers, he’s not a racist. He’s got good friends who are black. And, he told his radio audience, he keeps a list of his callers. If anyone goes after him, he said, police should investigate the people calling his show and saying he’s a racist.