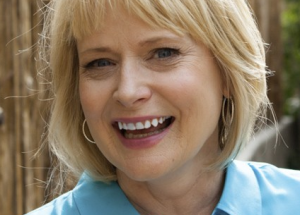 It’s irritating when officials and pundits here in Colorado grandstand about President Obama’s climate change initiatives as being overreach, without pointing out that, as a matter of fact, state efforts to regulate global-warming emissions from power plants have won bipartisan support.

An article in The Denver Post last month reported that Attorney General Cynthia Coffman has decided to sue the federal government to stop Obama’s Clean Coal Plan, which aims to cut carbon dioxide emissions in Colorado by 28 percent from 2012 levels over the next 15 years.

The Post reported that “Coffman describes the measure as another EPA and Obama administration authority overreach.”

Omitted, however, is the crucial information that Colorado’s Clean Air, Clean Jobs of 2010 received bipartisan support, getting the votes of numerous GOP lawmakers in the Colorado legislature, including muckety-muck Republicans like former state senators Josh Penry and Greg Brophy and former state representatives Frank McNulty, Ellen Roberts, and Amy Stephens.

Thanks to the 2010 law, and other state measures, some of which admittedly had less bipartisan support, Colorado already has a plan to reach 70 percent of the reductions mandated by Obama’s Clean Coal Plan, according to Western Resource Advocates.

Colorado has worked in a bipartisan way to address climate change, and the attorney general should be asked to explain why she’s politicizing and wasting time on a lawsuit that runs counter to  Colorado’s approach to this issue.