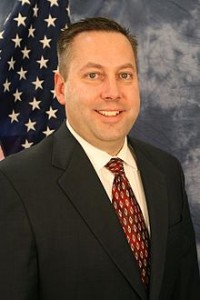 As 9NEWS’ Brandon Rittiman reports, local Republicans aren’t taking the news that President Barack Obama has obtained enough support in the U.S. Senate for the Iran nuclear weapons agreement to kill a resolution of disapproval lying down:

The plan is to attempt to pass a ballot initiative which explicitly bans the investment of state funds in Iran, with the aim of setting up a direct conflict between the state and the federal government’s Iran deal.

He’s referring to language in the text of the deal’s preface (paragraph 25), aimed at discouraging state laws from interfering with the lifting of sanctions.

The agreement goes on to say “the United States will actively encourage officials at the state or local level to take into account the changes in the U.S. policy reflected in the lifting of sanctions.”

The idea that the federal government would encourage state and local governments to ease local laws passed in recent years to ensure American money doesn’t fund anything involving Iran’s military, government, or economy apparently greatly upsets our local Colorado Republicans. As Rittiman reports, the Colorado Public Employees Retirement Association already has an explicit policy against Iran investments. Even though sanctions at a national and international level have a far greater impact on the Iranian economy than anything we could do in Colorado, this is something that local talking heads can grandstand.

Bottom line: current sanctions and our local policy against investment in Iran are based on that nation’s longtime hostility to America’s foremost Middle Eastern ally, Israel. The Iran nuclear agreement’s purpose, however, is to reduce those hostilities–and if it succeeds, that reduction in hostilities will constitute good reason to roll these sanctions back. That’s how diplomacy works.

So why the hell would you try to undercut this diplomatic solution before it has a chance to succeed? If Colorado’s potential for investment in Iran weren’t a meaningless drop in the bucket, this act of flyover-state political theater might actually threaten a multinational diplomatic agreement brokered by the world’s most powerful nations, considered crucial for peace and stability in the Middle East.

But fortunately for the rest of the world, nobody is likely to care what Mark Waller thinks.