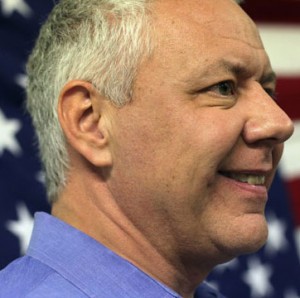 Who’s most like you, Sen. Cory Gardner or Rep. Ken Buck?

Many see Buck and Gardner as Tweedle Dee and Tweedle Dum, one wearing a smile the other seething with anger. But if you’re a Tea-Party activist in Colorado, the answer is “Ken Buck.”

Julie Hayden (@4:40 below): We were at a function and Chuck, in Chuck’s way [laughs]. Standing-around-drinking-wine-just-put-it-to-you way, said to George, “Okay. Who do you like better – Ken Buck or Cory Gardner?”

Bonniwell: No, hat’s not what I said!  I said, “If we put a gun to your head, and said, ‘Who are you closer to on the continuum of  Ken Buck to Gardner. Which one?  You have to choose one.  You can’t sit. And to his credit, I mean I expected a kind of weasely answer, he said, “Oh, God! Ken Buck!”

Hayden: And Chuck went, “Yea!”…He didn’t hesitate at all, nor did he mince any words. He didn’t put conditions on, like “Ken Buck on Tuesday. Cory Gardner on Thursday. No, he said, “Ken Buck.”

It would be interesting to know what issues draw Brauchler to Buck. Good fodder for a future radio show.

Listen to Bonniwell and Hayden discuss George Brauchler on KNUS 710-AM Saturday: