Sign the petition: CU students deserve to be there 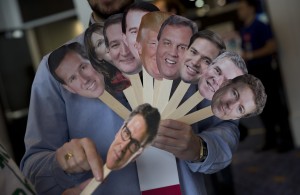 You’ve probably heard by now that the whole gaggle of Republican candidates for President will debate at the University of Colorado’s Boulder campus in late October.

We’re asking debate organizers to promise that at least 50% of the tickets to the debate will be made available to CU students. Sign our petition now.

The Republican presidential debate at CU Boulder is a chance to hear first-hand the positions of over a dozen presidential candidates. It’s a great opportunity to be involved with our political process that CU students have come to expect from their world-class educational institution.

But it’s critical that students be given the chance to attend.

The Boulder Daily Camera reports that no decisions regarding the distribution of tickets have yet been made. The Coors Event Center on the CU Boulder campus seats over 11,000 people.

Sign our petition: tell organizers of the October presidential debate at CU to make at least 50% of the tickets available to CU students.

Thanks for your quick response to this important petition. Let’s make sure that CU’s reputation is protected by making this debate open and accessible to CU students. It’s only fair.