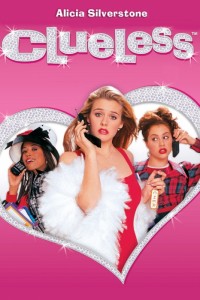 As could easily have been predicted, the reaction from the party’s activist base has been considerably less than positive–and with the state party already in disarray after a failed palace coup attempt and subsequent infighting over alleged financial troubles, news that the party was canceling the foremost opportunity for Colorado to weigh in on the GOP’s burgeoning presidential field was fuel for an already raging metaphorical fire.

And as the Denver Post’s John Frank reports, the stated rationale behind the decision might be, well, just pain wrong:

A controversial move to cancel the GOP presidential poll at the 2016 caucus is facing new questions that may lead to reconsideration of the Colorado Republican Party’s decision.

Mike Kopp, one of two RNC committee members from Colorado, told The Denver Post on Friday that the party misinterpreted how the new national rules work… 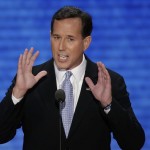 As the story goes, House and top GOP officials were “worried” that the winner of the party’s caucus poll might drop out of the race before the party’s nominating convention. This is a nice way of saying that the state’s Republican faithful caucusgoers have a tendency to pick losers like Rick Santorum, who beat out eventual GOP nominee Mitt Romney in Colorado on caucus night in 2012.

But says Republican National Committee member Mike Kopp, whom we would expect to have made the right phone calls to know what he’s talking about, says a recent rule change by the national GOP would not oblige those delegates to vote for a candidate no longer running. Because, you know, duh!

But Kopp said that rationale is incorrect. He said national party rules allow delegates committed to a candidate who quits to go elsewhere. “You can unbind your delegates if the candidate is no longer in the race,” he said.

Kopp missed the GOP executive committee meeting Aug. 21 when the vote was taken. But knowing what he knows now, he opposes the decision. The new system, he said, means the “delegates get to vote their conscience, but the downside is you leave tens of thousands of potential Republican straw poll voters on the sidelines.”

Bottom line: the present situation is an outcome that nobody wants. Republicans certainly do not want to be relegated to flyover status in the upcoming GOP presidential primary, and to be honest, Democrats relish the opportunity to send in the trackers. Especially in light of the decision being factually clueless, it’s simply a public relations disaster for party chair Steve House and the state party executive committee any way you slice it. It will remain a sore point in an already fractured party going into next year’s elections.

Because of course the real intent was to squelch the rank and file. And of course that’s going to backfire.