Local GOP Operative Steps Down From The Gifted Class 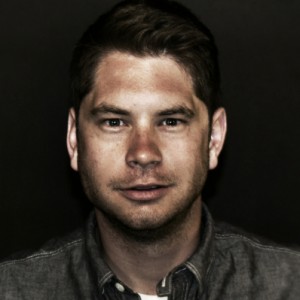 GOP operative Caleb Bonham, who is somewhat less creepy than this photo suggests.

Folks in the business will recognize the name Caleb Bonham, a local conservative activist and graduate from Colorado State University, who made the jump from the bush leagues of our local Revealing Politics blog to the quasi-big time of the conservative online ranks with his work for the Campus Reform project of the D.C.-based “Leadership Institute.” Campus Reform has spent a great deal of time in recent years attempting to police college campuses for what they see as “liberal bias,” as well as raging against such terrible burdens placed on strapping young college men as the University of Minnesota’s new affirmative consent policy for sexual relations between students.

Because obviously, real men know when no means yes! We digress.

Today, Bonham announced his last day with the Campus Reform project, and the launch of his new Denver-based consultant business with fellow local Republican usual suspects Kyle Forti and Lee Hopper. Hopefully this isn’t a demotion, but you never know when folks decide to join the consultant class:

Friends, today is a big day for me. Today I get to close a wonderful chapter in my life as Editor-in-Chief of Campus Reform.

It was a fun and hectic ride. We accomplished so much. I am especially proud of the leaders we assisted along the way – over 60 correspondents nationwide – activated, trained, and empowered to bring change and better equip themselves to thrive in life…

Kyle and Lee Hopper have done amazing things in Colorado and together, the three of us, are excited to bring our creativity to a new venture servicing the corporate and political space.

As a startup local business, we’re happy to give DCO Consulting some free promotion. And we’ll say in all honesty that Bonham is a true asset to the conservative activist industrial complex. Just last weekend, he spoke on a panel at the Americans for Prosperity Defending the American Dream Summit in Columbus, Ohio–and the subject was “How To Talk To Millennials.” As you can see from his photo of the audience, 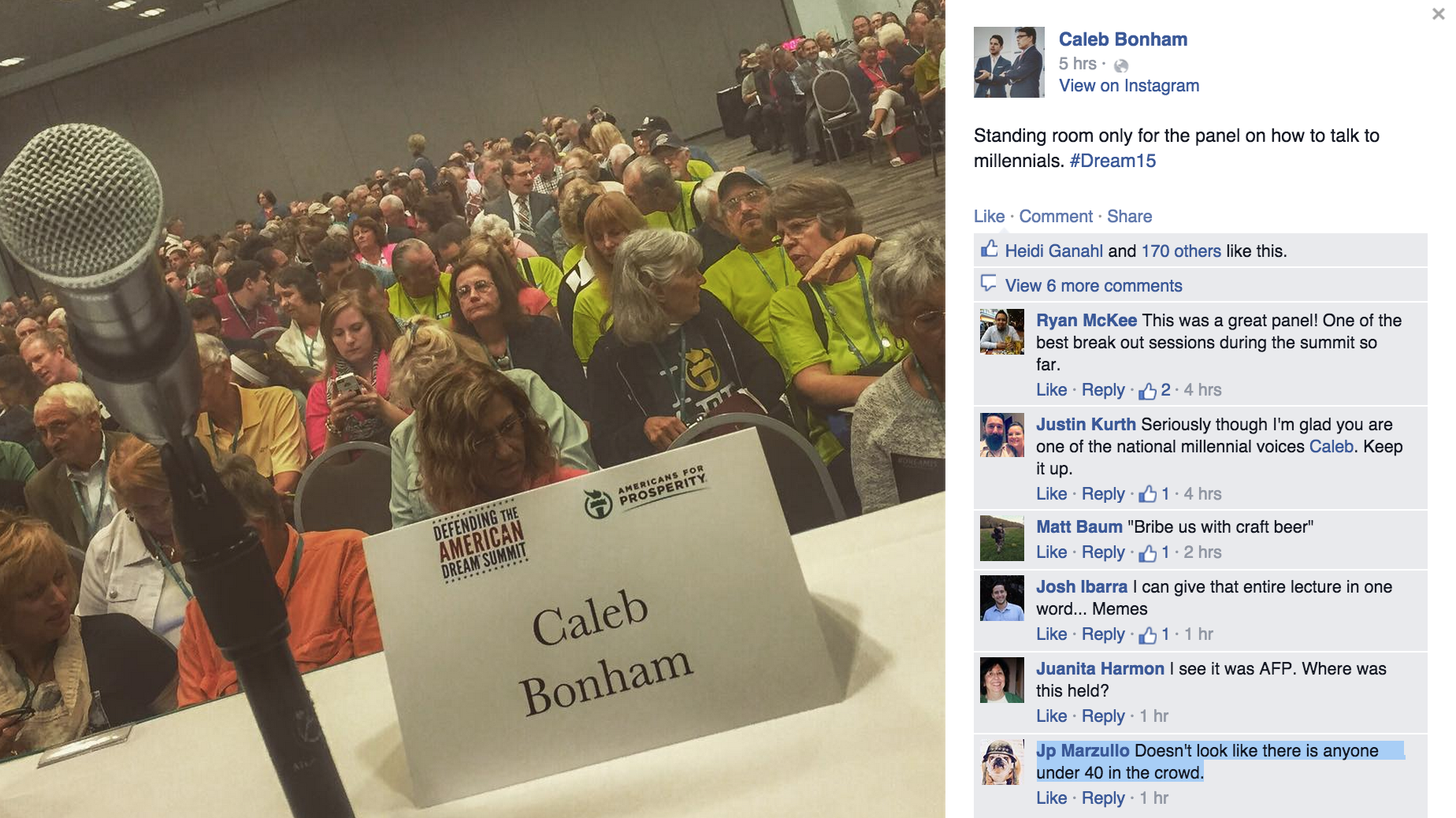 AFP really benefits from Bonham explaining “how to talk to millennials.”

Because apparently they don’t have any.