(Citizen Kane would be proud – Promoted by Colorado Pols) 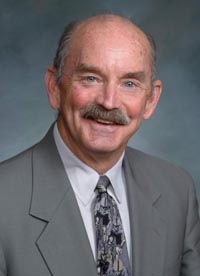 On Sunday, Aug. 9, the Colorado Springs Gazette published an editorial that contained many of the same falsehoods about Planned Parenthood that are being spread by the extremists who made the hoax video.

I submitted a column to correct the record about the work Planned Parenthood does for Coloradans and nationally. The Gazette refused to run it — a disservice to its readers and the community I represent. I’m glad the Colorado Springs Independent has higher standards for public discussion.

It’s true that the Gazette’s editorial was full of misinformation at best, lies at worst. The Gazette didn’t even come close to informing us that no evidence exists showing that Planned Parenthood has broken any laws.

Instead, the newspaper quotes directly from undercover videos that are so altered that they have no use as evidence against Planned Parenthood.

The newspaper musters up the audacity to state Planned Parenthood has an “apparent practice of selling the organs of aborted babies.” Even if you accept what you see in the full videos, there’s no evidence that Planned Parenthood does anything other than offer fetal-tissue for research purposes for the cost of processing. That’s legal.

Next, the Gazette claims there’s an “overwhelming and growing body of evidence” that “abortion providers solicit the sale of human organs.” There is no such body of evidence much less a growing one. There’s no proof that the tissue is provided by donors on anything but a voluntary basis.

The Gazette seems to have let its heartfelt opposition to abortion get in the way of sweet reason–which is why it should have published Merrifield’s op-ed. It explained, in plain language, the benefits of research on fetal tissue:

Merrifield: If you’ve ever gotten a polio or measles vaccine], you benefited from the type of research condemned by these dishonest, deceptive, heavily edited videos. Fetal tissue research has been common medical practice since the 1930s, was instrumental in the development of the polio vaccine and has been federally funded since 1993. At that time, both of Colorado’s U.S. senators, Hank Brown and Ben Nighthorse Campbell, voted for it. Today it’s used to help find cures for Parkinson’s, HIV/AIDS, macular degeneration and other chronic illnesses.

Merrifield concludes by reciting statistics on the women’s health services provided by Planned Parenthood, only a tiny fraction of which have anything to do with abortion, as well as the fact that 1 in 5 American women will utilize Planned Parenthood during her lifetime.

It’s a shame the Gazette didn’t publish the piece, especially because the anti-Planned Parenthood view dominates the commentary page’s official content. And, god knows, the folks in Colorado Springs should hear the other side’s opinions too.