When it comes to Julie Williams, even conservatives can’t resist harsh criticism 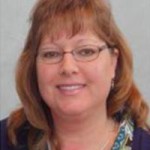 But that’s what the appendages of the Independence Institute are doing.

Kopel said, Williams is “by far the least capable member of that group, and the one who has gotten the rest of the board into trouble with a lot of  foolish, barely thought-out ideas she has expressed inappropriately.”

At the same time, down the figurative hall, the Executive Vice President of the  libertarian/conservative outfit, Amy Oliver, has been slaving to save Williams, defending her and the jeffco board in a relentless string of tweets and sporadic media appearances. Oliver, who keeps any criticism she might have of Williams to herself, was the spokesperson for her organization’s website set up to battle alleged mean-girl tweets directed at the Jeffco board and staff.

(On Twitter, someone wondered whether Kopel was masquerading as a mean girl.)

Meanwhile, another tentacle of the Indy Institute churns out articles favorable to the board–with nary a word of criticism of Williams.

I’m not saying there’s anything wrong with having a sometimes schizo organization, and it’s actually refreshing. Plus, Kopel speaks for himself. But his criticism of Williams, in the midst of his organization’s agenda, is noteworthy, and may reflect the polarizing effect Williams, in particular, has had on her Jeffco school community.