Because Elections Matter – Why We Should Care about “ChairGate” 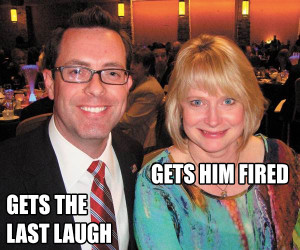 In the Politichicks article “Sex, Lies, and the GOP“, Kathryn Porter has given readers an explanation for why Marilyn Marks and Becky Mizel were motivated to force House to resign. I can’t speak for the motivations of others who may or may not have been involved, but I contend that Marks and Mizel needed for Steve House to step down as Chair of the Colorado GOP, in order to keep their positions of influence within the GOP, and within Colorado’s conservative base.

One of those [Steve House’s] critics is elections integrity expert, Marilyn Marks who shared her experience as a member of a state party elections oversight committee. She said that some members walked off due to the inexplicable decision to replace the committee vice-chair and the invitation to include county clerks—holding different agendas—whom the committee was seeking to hold accountable.

Steve House, as Chair, chose to open up the party’s Elections Oversight Committee, of which both Marks and Mizel were members. He was seeking to have a less antagonistic, less litigious relationship with the County Election Clerks.  However, antagonism and lawsuits against the Clerks, complaints to the Secretary of State,  are how Marks and Mizel roll. This is their schtick, their raison d’etre. In the narrative Marks has carefully built up for the last few years, no public election official of any party can be trusted. The election system is full of gaping holes and opportunities for fraud, and only she, the “election watchdog“, can protect vulnerable votes. 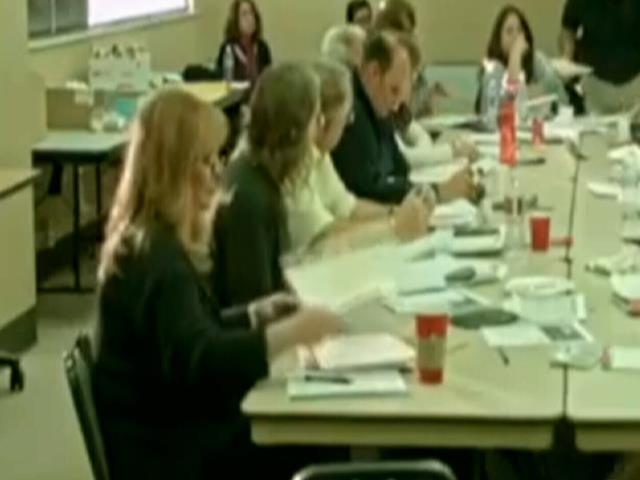 Mizel caught in the act of stealing an election document

Mizel promotes the same epic story, with herself as the guardian and patron saint of Pueblo voters. Mizel’s efforts have been concentrated at the Pueblo County level, and she has one primary target: Clerk and Recorder Gilbert “Bo” Ortiz.  According to Mr. Ortiz, “It all started in 2012. Mizel was newly elected and trying to intimidate everyone, especially me. She was running off of the National Republican play book looking for fraud. They attempted to pay for a recount of the ballots, but failed to raise the money in time. Next stop, 2013 recall, sued by Marilyn Marks over use of yellow voter ID cards, and when a candidate could petition on as successor. The PCRP asked Richard Anglund to be the successor candidate. Of course we won on the cards, but lost on the successor issue.”

Ortiz continues, “2013 Coordinated election, Victor Head sued Pueblo County on election day over counting mail ballots since the state statute and city charter are different. Case was dismissed. 2014 General Election, knowing the PCRP wanted to drag me into a lawsuit to get me out of office, I used General Washington’s strategy of skirmish and retreat. They were unable to get me into a suit but were able to complicate the [election] canvass by appointing friendly ACP members and taking over the Chair position in the canvass. They eventually certified the canvass but signed “under duress” which is a Constitutional Sovereign move. Becky was investigated by the Pueblo DA for stealing county confidential documents during the canvass, but was let off with a stern warning.“

Marilyn Marks is infamous for suing election officials in Colorado. Marks has sued the Mesa County Republican Clerk, Sheila Reiner.  Marks is still battling  Reiner. Marks has sued Chaffee County’s Democratic Clerk. (Marks lost). She has sued Pueblo County’s Democratic Clerk several times. She has sued Boulder County’s Democratic Clerk (Marks lost). She tangled with Republican Denver Clerk Donetta Davidson when Davidson headed the Colorado Clerks Association. Marks has complained to SOS about Saguache County’s Democratic Clerk, who was subsequently recalled and replaced with a Republican. She challenged Broomfield’s elections when Broomfield tried to put a fracking ban in place (Marks won some new election procedures, but Broomfield’s fracking ban votes were upheld). She has also sued Jefferson County, Douglas County, Adams County, Pitkin, Eagle, Larimer and I don’t know how many other counties. Usually, she costs the County Clerk aggravation and employee hours trying to accomodate her requests, and then still loses her lawsuits. She is probably costing the Republican party big time, too, if they are paying for this nonsense through the election oversight committee.

So maybe Steve House decided to try something new – actually talking and negotiating with the Clerks, seeking mutual clarity about rules, poll watcher requirements, what can and can’t be done to ensure voting and election integrity. And Marks and Mizel didn’t like it. Because if everybody’s talking to each other, who would need an “election watchdog”, then?

I don’t know if GOP Chairman Steve House was unfaithful to his wife or not. From listening to the narrative of his alleged paramour, Julie Haye,  I am inclined to say that he was not. But I don’t care.

Here’s what matters to me:

Colorado’s new election laws are working, and they are working well. Voter turnout in 2012 was second highest in the country. Mail in ballots prevent voter suppression, and have no discernible partisan effect, in spite of Marks’ dire predictions.  Other states have taken notice, and Colorado will be a model for their new election laws.

Mizel and Marks help to promote the narrative that, in Colorado, County Election Clerks are inherently untrustworthy, that voter’s votes are insecure, and that elections are not fair. This is simply not true, and in five years of activism, Marks has been unable to prove it to be true. Yet, “Democrats are committing voter fraud” is still a go-to justification for suppressing voters with unnecessary and discriminatory voter ID laws across the country.

If Steve House, by the simple expedient of not treating election Clerks as the Enemy, inviting them to the table, negotiating and talking with them, undermines Marks’ tactics of intimidation and wearing our public election officials down with frivolous suits, then I don’t care if he had a whole harem on tap. He’s doing the right thing, because elections do matter.