There’s A Little “Honey Badger” In Wayne Williams After All 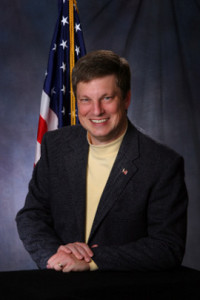 The Grand Junction Sentinel’s Charles Ashby reports on new election rules proposed by Secretary of State Wayne Williams.During the tenure of Williams’ predecessor, Scott “Honey Badger” Gessler, new rulemaking on elections was a reliably fraught exercise–Gessler made little pretense about proposing rules that would benefit his fellow Republicans, and nothing short of a court order was ever able to slow him down.

Ashby reports on one particular Williams proposed rule that has a distinctly “Honey Badger” ring to it:

The proposed rule calls for county clerks to include a new line on the envelopes voters use to return their mail ballots, one that would ask for the name and address of any person collecting them to be turned in.

Normal get-out-the-vote efforts for candidates routinely contact voters who haven’t yet turned in their ballots, asking them to do so. In some cases, those campaign volunteers will offer to take them in if a voter is physically incapable of doing so.

Some critics of that practice say it opens the door to potential election fraud, saying such volunteers could turn in only those ballots that help their candidate…

By way of explanation. Scott Gessler did adopt a similar rule last year to this proposal. The rule was stripped from the enabling legislation in the General Assembly because there were major legal questions as to whether this was something the SOS could enforce, so the rule never went into effect. And like so many hand-wringing hypothetical ways Republicans imagine elections could be compromised, there’s no evidence this has ever, you know, happened:

During last year’s U.S. Senate race, there were allegations that some people were doing that, but no evidence ever surfaced that it was actually happening, said Deputy Secretary of State Suzanne Staiert.

Regardless, Staiert said it makes sense to have some sort of mechanism in place to guard against it, just in case. [Pols emphasis]

Reiner said the proposed rule could place unnecessary costs on county clerks, all for something that isn’t happening anyway.

“It could cause some confusion for sure,” she said. “I don’t know what the implications for costs are, but there will be some additional ink on the envelopes. And without a statute to back this up, to tell us we have actual authority to void a ballot on that criteria, we’re not going to look at it.”

With no evidence of an actual problem to be addressed, and no statutory authority to act upon whatever this proposal might reveal, the purpose of this seems clear: shenanigans. It would give “vote fraud watchdogs”–a euphemism for poll challengers and other election intimidation specialists–another tool to baselessly call election results into question.

As for Williams’ credibility on the issue of “election fraud,” we need look back no further than his hilarious interview with FOX News’ Megyn Kelly on the subject last fall, in which Williams’ ridiculous hypotheses about “union bosses” using mail ballots to intimidate voters fell so flat that not even Kelly could subsidize them.

Bottom line: Williams may have “Honey Badger” ambitions, but he’s no Scott Gessler. Expect this to be the first in a long line of stillborn bad ideas.