Taking The Sting Out Of The Next Government Shutdown? 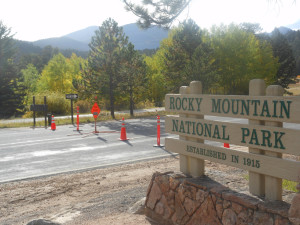 Photo via the Wilderness Society

As the Durango Herald’s Mariam Baksh reports, Colorado Rep. Scott Tipton (R) is teaming up with Sen. Michael Bennet (D) to get our state reimbursed for the costs of keeping economically vital national parks open during the 2013 shutdown of the federal government–a shutdown, as you’ll recall, instigated by Republicans in an attempt to force the repeal of the Affordable Care Act:

During the 2013 government shutdown, Colorado used its own funds to keep its national parks open.

Sen. Michael Bennet, D-Colo., and Rep. Scott Tipton, R-Cortez, agree that Colorado should get this money back from the federal government…

Colorado would receive its share of the $2 million [Sen. Jeff] Flake is proposing the Department of Interior return to the states that gave money to the agency to keep national parks open.

GOP Sen. Jeff Flake of Arizona was a consistent opponent of shutting down the government over Obamacare in 2013, which makes sense given the enormous importance of federally-funded tourism destinations like the Grand Canyon are to his state. Here in Colorado, most Republicans initially embraced the shutdown, or at most half-heartedly claimed to not like it while voting to make it happen. That includes Rep. Scott Tipton as well as now-Sen. Cory Gardner of Colorado, who since being elected to the Senate has generally supported proposals that would make government shutdowns harder–a sign that perhaps Gardner learned a lesson from the lasting political fallout for the GOP after the 2013 shutdown.

Tipton co-sponsored a bill that then-Rep. Cory Gardner introduced that would require the Department of Interior to return money to states that used their own budgets to keep federal parks open. 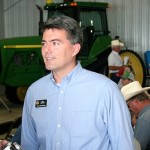 Is there any responsible lawmaker who would oppose repaying states for funds spent keeping national parks open during the 2013 shutdown? We’d assume not. But the easy question of whether to make states whole for their shutdown expenditures sidesteps the original question of responsibility for the shutdown. In 2013, the public lopsidedly blamed the GOP, though many voters would be hard pressed to remember the details today. But at least until Barack Obama leaves office, the dynamic of future fiscal debates, and potential government shutdowns, will be driven by congressional Republicans choosing to instigate one. Republicans led by Senate Majority Leader Mitch McConnell have said there would be no more shutdowns, at least implicitly citing the political damage caused by the last one. But if they were to succeed in taking the sting out of a future shutdown, would that promise hold up?

And the question remains: is this kind of dysfunctional brinksmanship any way to do business?

Bennet said he supports the U.S. Department of Interior giving money back to the states, but he takes issue with legislation aimed at mitigating the effects of a future shutdown when lawmakers should instead be focused on passing appropriations bills that fund the entire government and avoid a shutdown to begin with.

It seems to us that anything that would mitigate the impact of a shutdown, especially while allowing so many other functions of government to come to a halt as this limited proposal would, is basically guaranteed to increase the chances of another harmful shutdown. Without serious consequences for everyone responsible, there is no reason for the brinksmanship that has typified recent budget standoffs to be resolved. Every such consequence therefore becomes leverage to bring both sides to the bargaining table, and a reality check against unreasonable obstruction by factional interests on either side.

With all that in mind, yes, give our state back the money. But don’t make the next shutdown less painful.

Instead, let’s just not have any more shutdowns.