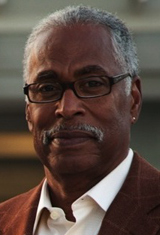 As the Aurora Sentinel reports, allow us to add our condolences to Rep. John Buckner’s family and many friends:

Mr. Buckner, who represented Colorado House District 40 in southern Aurora, announced in late April that he was taking sudden leave from the General Assembly for the remainder of the legislative session to address health concerns.

In the state House, Mr. Buckner was chairman of the House Education Committee, where he was a proponent of streamlining Colorado student assessments.

“What a lovely, smart, accomplished man,” said state Rep. Beth McCann, D-Denver, on Twitter after hearing word of Buckner’s death. “He will be sorely missed at (the General Assembly)…”

“He was a great statesman and was a voice of clarity and conviction on educational policy,” said state Rep. Rhonda Fields, D-Aurora. “The world has lost a tireless advocate for kids, families, justice and equal rights.”

Earlier this year, the Aurora Democrat came down with a virus that impacted his respiratory problems. But he was expected to recover, which he referred to when he wrote a letter to fellow members of the House telling them he would be absent: “While I am sure some of you are relieved to get a break from me, don’t think for a moment that you’ve run me off!”

…Among those who mourned Buckner’s passing was former state Sen. Nancy Spence, a Centennial Republican. She has always credited “Mr. Buckner” for helping her son Greg graduate from Smoky Hill. He now is a producer on “Game of Thrones.”