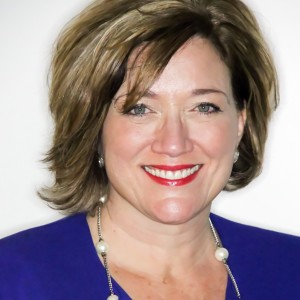 Important news from Nic Garcia at Chalkbeat Colorado late Sunday—Lesley Dahlkemper, one of the two members of the Jefferson County Board of Education’s embattled minority of non-conservative ideologues, will not run for re-election this year:

Lesley Dalhkemper, who makes up half of the Jeffco Public Schools Board of Education minority bloc, announced Sunday she won’t seek re-election in November…

“This fall, our daughter Grace will enter middle school. Middle school is a critical transition. [My husband] and I want to be fully present for her,” she said.

Dahlkemper also cited her work at the Colorado Education Initiative, an education nonprofit that works with schools and districts, as another reason why she won’t seek re-election.

Since the 2013 reconfiguration of the Jefferson County school board, Dahlkemper and her colleague Jill Fellman have become heroes to the teachers and parents who vocally oppose the board’s new conservative majority. Both women have been greeted with applause upon arriving at school board meetings.

It’s not been reported whether fellow minority board member Jill Fellman will run again for her seat, but Dahlkemper’s public policy experience made her the natural lead in the battles with the conservative board majority that have raged since their election in 2013. Dahlkemper’s stated reasons of wanting to help her child through middle school and work for the Colorado Education Initiative are above reproach, but we have to think that the stress of the new board majority running roughshod over other stakeholders in endless 3-2 votes–not to mention the numerous high-profile instances of major embarrassments committed by the board’s majority but attributed to the board as a whole–factored into her decision to not run again.

What does this mean for this year’s school board elections in Jefferson County, already shaping up to eclipse 2013 as the most contentious ever? That remains to be seen, but as the public’s understanding of the sorry state of affairs under the conservative board majority grows, there’s a scenario in which Dahlkemper’s decision to not run again becomes a rallying cry: to put a stop to these right-wing ideological flights of fancy in one of Colorado’s largest and best public school districts.

Because just like Lesley Dahlkemper deserved better, so do the kids.