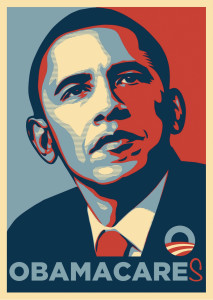 9NEWS’ Brandon Rittiman reports on the signing last Friday of a bill to comprehensively audit Connect For Health Colorado, the state’s “Obamacare” health insurance marketplace responsible for significantly reducing the rate of uninsured in Colorado:

Confusion over systems that are shared between the state and the quasi-governmental exchange ran rampant as people fell into glitches that botched subsidies and canceled automatic renewals of health plans.

Although Connect For Health Colorado has been a success story overall, signing up tens of thousands of Coloradans for new health coverage and helping reduce the rate of uninsured in Colorado from 17% to only 11%, some legitimate issues have cropped up regarding glitches in the signup system that interrupted coverage for a small percentage of policyholders. There’s a continuous need to sort out legitimate issues with anything related to the Affordable Care Act, a.k.a. Obamacare, from conservative hysterics and misinformation, but investigations from 9NEWS’ Rittiman and a few others have uncovered real problems that require attention–maybe not from Republicans who want to use any pretext to destroy the system altogether, but definitely from Democrats who want to make the marketplace work.

Senate Republicans introduced the audit bill and were upset when Democrats in the Colorado House of Representatives killed a companion bill which would have also given lawmakers power over bonuses paid to executives with the exchange.

Some Republicans tried to go a step beyond that and kill the exchange altogether.

Giving lawmakers and excuse to grandstand on an annual basis over bonuses for exchange employees serves no functional purpose: only a partisan political one. The difference between essentially trolling the overall highly successful health insurance marketplace every year, compared to legislation to constructively identify and solve legitimate problems that have arisen–which Democrats supported along with Republicans and Gov. John Hickenlooper signed into law Friday–should be obvious.

If it’s not, maybe it’s time to re-evaluate your motives.