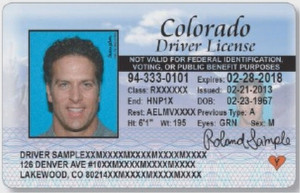 AP reports via the Fort Collins Coloradoan on the sort-of agreement between Democrats and Republicans in the legislature to sort-of fund the existing program for driver licenses for undocumented immigrants on Colorado roadways:

The Senate gave unanimous approval to the deal Monday, sending it to Gov. John Hickenlooper. The House had already approved it.

The revenue department initially asked for $166,000 to keep open five offices that handle the licenses, and potentially expand the program. Lawmakers readjusted the request to $66,000, allowing for three offices to be open. 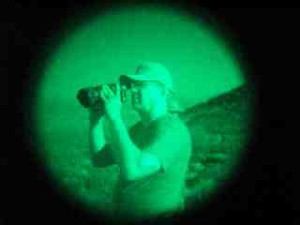 The dispute over funding this program, in the end, was hurting Republicans politically more than it was helping them. After the Joint Budget Committee Republicans led by strident anti-immigrant Sen. Kent Lambert blocked the funding request for this program, the debate shifted from one of immigration policy to one of functional government. Because the law allowing undocumented immigrants to obtain driver licenses was already on the books, and Republicans did not have the majority needed to repeal it, starving the program of funds was broadly condemned as improper and out of character for Colorado. By reducing the number of driver license offices that could process these applications to one for the entire state, an intentionally broken process would have resulted. Responsible lawmakers aren’t supposed to do that, even if it seems like the norm in Washington, D.C. these days.

So what you have here is a partial win for Democrats and immigrant rights groups, salvaging something like a functional program, and giving hope that the clear public safety benefits of licensing undocumented immigrants–with the attendant testing and insurance compliance requirements in order to drive legally–can still be achieved. Whoever it was among the Republican legislative leadership who decided to pull the plug on this ill-advised grandstand made a wise but belated decision.

Because it would be a lot better to do that before getting beat up in the press.