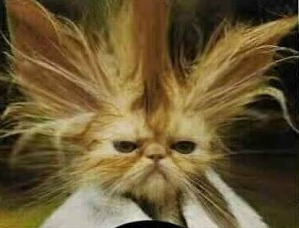 When you’re done trying to pull your hair out, you may look like this.

The always contentious Jefferson County School Board convenes again tonight to discuss their plan to make major changes to several schools in the Wheat Ridge/Arvada area.

Earlier this week, YourHub reporter Josie Klemaier took a look at the latest controversy regarding the unpredictable school board:

The Jefferson County Public Schools board proposed at its March 5 meeting that Manning, an option school, take over the Everitt Middle School building in Wheat Ridge, which would allow Maple Grove Elementary to expand into Manning’s building at 13200 W. 32nd Ave. Maple Grove is currently at 3085 Alkire St…

…While some members of the board see this as an opportunity to expand the schools’ successful programs, parents and administrators are worried it will muddy the close relationship the Applewood neighborhood has with the two schools.

“Our students would be attending an elementary that is larger than most middle schools and some high schools,” said Ali Lasell, who has two children at Maple Grove and said she and her husband moved to Applewood in part for the schools. “We would have some very serious conversations in my house about whether we will continue in Maple Grove or not.” [Pols emphasis]

Maple Grove Elementary School has long been one of the strongest K-6 schools in Jefferson County. The right-wing Jeffco School Board likes that Maple Grove, so their solution is to just keep adding more and more students to the good school. Brilliant!

The action kicks off tonight at 5:30 pm at the Jefferson County Administration Building.