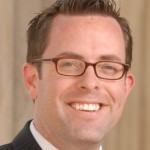 “From a tactical perspective, frankly, the worst thing that I could do is to get to the head of the column and say that this is a Republican initiative,” Call told Sengenberger Saturday in explaining why he didn't take an earlier or higher profile stance in the recall campaigns. Call pointed out that Republicans would have had a harder time winning over Democrats and independents if the recall campaigns were perceived as GOP-led.

This contrasts with what Call told Fox 31 Denver at the time about his decision not to support the recall campaign of Democratic Sen. Evie Hudak:

Call: “This recall election would undermine our efforts in the governor’s race, the U.S. Senate race and to win a senate majority if voters perceive that Republicans are trying to win a majority through recalls.”

“The job of the Republican Party is to get Republicans elected when there are regular elections,” said Colorado GOP Chairman Ryan Call. “And there are already a lot of things competing for our time, attention and resources. [BigMedia emphasis]

In a similar vein, shortly after his victory in a Colorado Springs recall election, newly elected State Sen. George Rivera said Ryan Call put “a little cold water on our parade” during recall campaign. Rivera is also a Republican.

“The principled purpose and objective of the Republican Party is to support Republicans in elections,” Call said in 2013.

Excerpt of comments by Ryan Call on KNUS’ Jimmy Sengenberger Show Feb. 28, 2015. Begins one hour into the show.

Call: Generally speaking, recalls are reserved for fraud or embezzlement or a serious abdication of a lawmaker’s constitutional duties, but it’s important that those recalls, if initiated, be initiated by the citizens and not be driven simply out of a partisan interest. Our job from the party, as I saw it, and this was not my decision alone. This was discussed at length by our state party’s executive committee, and we determined that rather than set the precedent that the state party, as a partisan objective would go out there and try to foment or start recalls, our job was to support the citizens if the recall went forward. And that’s what we did. But there is always a concern. And what we found also, for example, in the work that was done in the recalls of Scott Walker in Wisconsin. When voters believed it was a grassroots-initiated citizen-originated recall election, they were successful. But if there was a perception in the public that this was simply a partisan power grab, that this was done by Republicans in an effort to win back seats or to try to obtain a majority, then Democrats and unaffiliated voters who are so critical if we are going to be successful—support among those key demographics and segments of the electorate completely collapsed. It was important that the strength of the recalls was led by the grassroots, supported by the party as one of many groups and individuals that were out there supporting it. From a tactical perspective, frankly, the worst thing that I could do is to get to the head of the column and say that this is a Republican initiative.

Sengenberger: But I heard some people say that you were actively trying to prevent these recalls from happening. Is there any truth to that?

Call: Not true. Not true. I was actually in very close contact with representatives from the Liberty Call committee…. Think about it, in a county like Pueblo, where Republicans are outnumbered two-to-one by Democrats, if was perceived to be a Republican initiative…