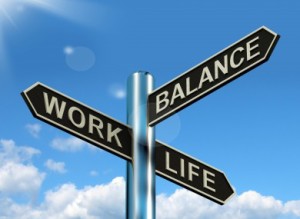 A fact sheet from 9 to 5 Colorado summarizes House Bill 15-1221, legislation to renew existing Colorado law allowing parents to take unpaid leave for their childrens' school activities. This legislation passed its first House committee test today on a party-line vote, but faces an uncertain future in the GOP-controlled Colorado Senate:

In 2009, the Colorado State Legislature passed the Parental Involvement for Academic Achievement Act, which allowed many Colorado employees to take leave to attend their children’s school activities. Research has consistently shown that increased parental involvement in the education and schooling of their children correlates with greater academic achievement outcomes. This legislation expires this year and should be permanently extended.

•    Allows employees of Colorado businesses to take up to 18 hours of leave per academic year to attend their children’s parent-teacher conferences, special education services, response to interventions for dropout prevention, attendance, truancy or other disciplinary issues.
•    Allows parents to participate in the above activities for children in Kindergarten through Twelfth Grade.
•    Applies to businesses with 50 or more employees.
•    Limits leave to 6 hours per month, and the employer may require that the leave be taken in increments of 3 hours or less.
•    Requires parents to provide employers with at least 1 calendar week’s notice of the leave, except in an emergency.
•    Employers may require that employees provide written verification of the reason for leave, and in the case of leave taken for an emergency, the employee must provide written verification of the leave upon return to work.
•    Part-time employees accrue their leave at the percentage of full-time hours that they work (if you work 20 hours a week you would receive half of the leave time received by a full-time employee).
•    An employer may limit the leave granted to an employee if the health and safety of a person necessitates that the employee be present at work.
•    Specifies that businesses that already have comparable leave policies that may be used for the same purpose and under the other provisions of the bill are not required to provide additional leave.
•    Allows for employers to deny leave if their absence would result in a halt in service or production.

House Bill 15-1221 would permanently renew the 2009 Parental Involvement for Academic Achievement Act, and expand the definition of "school activity" to include events like back-to-school meetings and meetings with counselors. This legislation saw a significant fight in 2009 when originally passed, which is one of the reasons it included a five year "sunset" provision requiring it to be reauthorized by the General Assembly. We've seen nothing to suggest that the 2009 bill has caused problems for employers, but Republicans are getting air cover from conservative group Compass Colorado as they try to kill it:

“Everyone wants to encourage parent participation in their children’s academic lives,” said Kelly Maher, executive director of Compass Colorado. “We need to ask ourselves if we really need to legislate every aspect of the employer/employee relationship. Does more regulation imposed on businesses get the desired outcome, or will it just create more red tape and make the employer/employee relationship more adversarial?”

We're not saying they have a good argument, but it's interesting that Republicans are trying to fight what seems like a no-brainer bill. Supporters cite polling that says 93% of parents want to be involved with their child's education, but 52% say work responsibilities make that harder. We're not aware of any Democrats being targeted in 2010 for supporting parental leave legislation–but in 2016, what kinds of ads will be made about Republicans who are trying to repeal it? What does this say about the party who claims they're "pro-family?"

Once again, this is not a fight we would willingly take on, with a huge potential for blowback on Republicans from voters if they kill this bill. But that appears to be what's happening as of now.