Steamboat Springs.  My first Colorado ski trip — loaded in a bus full of college kids from Kentucky — it was a sleepier town then.

But it still is a place set apart — up there mostly on its own, home to 12,000 which makes it almost a small city by western Colorado standards — it's really not on the way to anywhere.

Colorado is currently needing to complete a strong conservation plan to show the federal government that it, along with the other ten states that have greater sage grouse habitat, is serious enough about protecting the grouse that it can avoid a listing under the Endangered Species Act.  That decision could come in September unless the states are successful in making their case.

Routt County definitely has its own skin in the game–especially to the south, upstream on the Yampa (centered around the town with that namesake), and west, downstream, toward Hayden and Moffat County–there is both lots of potential habitat and a substantial amount of occupied habitat in the county.

And as a 'city' in a sparsely populated part of the state, even by Western Slope standards, Steamboat's influence stretches beyond just Routt County. So it was quite a boost that came from this ranching town turned ski destination, turned Northwest Colorado economic hub, when over a dozen area businesses sent a  letter to be hand delivered to Governor Hickenlooper:

“We want to make sure that Governor Hicklenlooper knows how important the iconic greater sage grouse is to our local business community in Routt County,” [Kent Vertrees, co-owner Steamboat Powdercats]  said in a news release. “It’s an important part of our Western heritage and our economy. We want to see the bird protected, but we don’t want to see it listed under the Endangered Species Act.”

Protecting sage grouse habitat happens to protect habitat important to a number of species as well as the public lands that contain much of it, and that is good for the bottom line of many Colorado businesses.  But there is also cause to protect the sage grouse for its intrinsic worth and I count myself among those that want to see this bird protected for its own sake, tales of which are told of when they use to darken the sky with their flocks and put sustenance on pioneer tables. 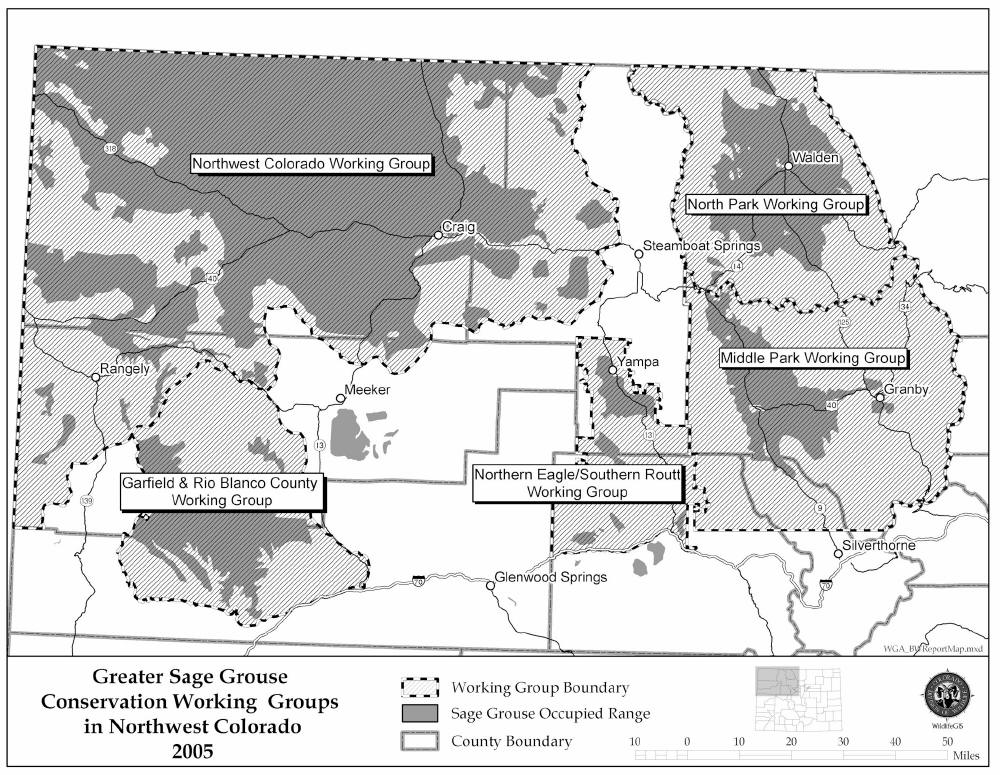 The particulars of how that happens are less important to me than that it does. But if avoiding a listing under the ESA makes it easier on area businesses and other stakeholders then that is good for them and can encourage the state and others to act cooperatively and promptly.

Let's just get the job done.  We need to get meaningful and enduring protections for the greater sage grouse in place now.

And that means Colorado, and Governor Hickenlooper, need to come up with a strong conservation plan soon.  That is the message that business from Routt County sent to Denver last week, and like them I hope the governor took it to heart.