An interview with Nancy Lofholm, the latest veteran reporter to leave The Denver Post 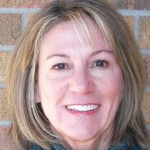 Another in a string of highly regarded journalists to leave The Denver Post in the last few years, Nancy Lofholm walked away from the newspaper Feb. 6, after The Post closed its Western Slope bureau, which Lofholm directed.

Before coming to The Post 17 years ago, Lofholm worked for several Colorado newspapers, including the Grand Junction Daily Sentinel and the Montrose Daily Press. She's freelanced for, among other publications, the New York Times, USA Today, and the LA Times.

"At the risk of sounding like a news Neanderthal," Lofholm told me via email, "I will reveal that my life in journalism really began in 1968. I was the editor of my high school newspaper and was invited to ride through Nebraska on Bobby Kennedy's campaign train. It was a smoke-filled, highball-sloshed, bloodshot-eyed scene. I was utterly hooked. My life's mission became peeking behind curtains and describing for readers what I saw. "

Here are Lofholm's answers to questions I emailed her.

Jason: Why are you leaving? Will you continue as a journalist?

Lofholm: The powers-that-be at The Denver Post decided to close the Western Slope bureau and focus coverage on the Denver/metro area. I opted  to not transfer to Denver. I had been covering news on the Western Slope for more than three decades (17 of those years for The Post).  I had no desire to leave my home, friends and significant other behind to start over in Denver at the age of 64. After a brief bike-riding and sunset-savoring breather, I will continue in journalism. Some good opportunities are opening up and I intend to take advantage of them to keep up some coverage of this side of the state.

Jason: What are a couple of your best memories of The Post? Worst?

Lofholm: My best memories are of the early years when The Post created six bureaus around the state. It was part of a "We Are Colorado" campaign.  Top executives and editors at The Post traveled around the state in a bus and handed out coffee, cookies and tchotchkes to trumpet The Post's commitment to being a strong statewide newspaper. Having that as a mission gave us in the bureaus so much opportunity to be creative in our coverage.

We had supportive state editors, like the exceptional Joe Watt, who really understood and appreciated the color and diversity of rural Colorado. We had a great cohesive team of talented reporters who could come together on wildfires, fugitive chases and plane crashes. Our team also was encouraged to produce the lively dailies that took readers along as we explored every interesting nook and cranny of Colorado, from a snowplow on Red Mountain and a gold mine near Victor to a corn factory-on-wheels at Olathe and a rodeo chute in Leadville.  At least one of us was on Page 1 nearly every day.

The hours were long. The deadlines were demanding. But it was all centered on the best of newspaper reporting and storytelling and on delivering what readers valued. I loved every bit of it. I will always feel incredibly lucky to have been a part of that.

And the worst: Seeing those bureaus shuttered one by one and The Post's interest in news outside of Denver dwindle. The last few years had been very painful because of that lack of interest. I was forced to ignore so much news from this side of the mountains and was told the slice-of-life stories from over here were "too west slopey" for The Post.

Jason: One of your beats is immigration. Any advice for reporters trying to do a fair and accurate job on this topic?

Lofholm: Ignore the extremists on both sides of the issue. And get to know the real people at the heart of this difficult topic – the Dreamers, the farmworkers, the detained, the deported and the newly minted citizens.  Only through understanding and telling their stories can you illustrate why the immigration system is so badly in need of a fix and why so much of the emotional rhetoric is off-base.

Oh, and never expect ICE to give you a straight or timely answer to your questions

Jason: Would you advise a young person to pursue journalism?

Lofholm: Absolutely. I advise that all the time – with the caveat that they shouldn't expect to get rich or to relax.

If young people have a passion for journalism, they can deal with whatever an industry in huge flux will throw at them. The demand for solid reporting and lively, well-written stories won't go away. It may seem to be lost at times in the constant shuffle of priorities, the new instant nature of news  and the dazzle of digital platforms, but it will always be important. My advice is to keep that at the core of journalistic ambitions.

And, of course, be able to tweet, shoot videos, upload stills and text updates to editors – all while reporting and observing news events.The young do that so well!

Jason: Anything to say about the future of journalism in Colorado?

Lofholm: It will be very interesting. I say that knowing that 'interesting' is entirely too weak a word for what might happen in Denver. Will the Rocky revive? What will the hedge funders do with The Post? What is Phil Anschutz up to? What about that scrappy upstart, the Colorado Independent?

As all that sorts itself out, I think the small papers around Colorado will hold their own. Talented and dedicated people at papers like the Silverton Standard & Miner, the Dove Creek Press, the Durango Herald and many more will carry on, and their communities will be the better for it.

Jason: Or on The Post’s decision to close what appears to be its last in-state bureau?

Lofholm: Sad. Colorado needs a statewide newspaper, but The Post has not filled that need well in this half of the state for some time. Home delivery is nearly non-existent, and the busy digital product has some readers in areas of slow connectivity throwing up their hands in frustration. Those who are still dedicated to The Post are wistfully asking  "What about 'Denver & the West'? Will it now be 'Denver & the Metro'?"

Jason: Anything you want to add?

Lofholm: I would have liked to have continued working for The Denver Post for a few more years. I still have that fire, curiosity and energy to devote to journalism. I see good stories everywhere. I leave with a fat file of story ideas that certain editors at The Post had nixed but that I know will  be the basis for some freelance opportunities.

At this point I feel like I have new freedom to produce some good work.

Losing a Denver Post paycheck has not caused me to lose my passion for journalism.