Meanwhile, Back At The Ranch (Pay Equity Edition) 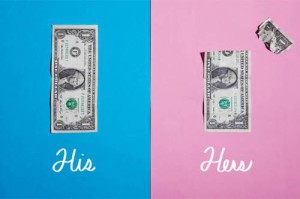 This week, the new Republican majority in the Colorado Senate flexed its plus-one-seat muscle in a number of ways, one of which was the effective killing of the Colorado Pay Equity Commission in the GOP-controlled Senate Business, Labor and Technology. The pay equity commission's work to develop best practices for the state and private industry was not finished, and state experts had recommended the commission's mandate be renewed to continue to address the problem. FOX 31's Eli Stokols reported this week:

Democrats, while ostensibly angry about the 5-4 party-line vote by the GOP-controlled Senate Business, Labor and Technology Committee, are already returning to their oft-used narrative that the GOP is hostile to women by scrapping a body charged with rooting out gender discrimination in the workplace.

“Hard working women across Colorado deserve better than they got from the Republican Colorado Senate majority today,” said Amy Runyon-Harms, director of Progress Now. “We call on the General Assembly to immediately take up a new bill to continue the vital work of Pay Equity Commission to its conclusion. There is too much at stake for this short-sightedness.”

Republicans on the committee alternately argued that pay equity is not a problem, or a problem best solved "by the private sector"–consistent with the arguments made by the minority of witnesses testifying against continuing the commission's work. The 5-4 vote to "sunset" the pay equity commission was party line.

Back in 1997, when the bureau began tracking the wage gap by state, women made 74.6 cents on the dollar versus what men in Colorado made. The gap narrowed during the dot-com boom days to around 84 cents on the dollar in 2002 but has trended lower since then.

As you can see, no problem whatsoever! Good thing five Republicans state senators agreed it was time to kill the commission studying pay equity in Colorado. For all the complaints about Democratic overuse of the "oft-used" "War on Women" narrative, we still wonder a little whether Democrats might invoke the "War on Women" less if Republicans didn't validate it every chance they get.

Because, you know, they kind of do.