The statement is ubiquitous.  Every time an oil and gas public relations type tries to downplay concerns that neighbors might have about the noisy, smelly, lit-up-like-Christmas 24/7, industrial traffic, activity, machinery, infrastructure and chemicals right smack in their midst.

But is it?  Has anyone in the media actually fact-checked this number?  With thousands of wells being fracked every year in Colorado, multiple times per well with millions of gallons of fluid that is a pretty stark, precise, and definitive claim, when you get down to it: “99.5% of fracking fluid is…”

There it was again yesterday, in a letter printed in the Grand Junction Daily Sentinel from a former longtime Grand Junction TV news anchor (now representing yet another recently formed oil and gas PR creation, the Piceance Energy Action Council):

No nuance, no context just a statement that it is so, like "my door opens onto my porch…".  In print even.  From a ‘trusted’ and familiar voice.  Rinse, repeat, transcribe.

Not surprisingly, it doesn’t take long to poke holes in the “99.5%” claim, such is often the case with such certain and precise numbers. According to FracFocus.org (the site where disclosure is mandated by state law) many fracking fluid recipes do in fact reach, or get close to, that number.  But here's the thing, others do not.  And that’s all it takes to turn a statistic into a lie.  Furthermore, the precise number itself is less important than the willingness of industry to dismiss any concerns out of hand with rote talking points and empty 'factoids.'

It should also be noted that there remain questions about how well the FracFocus site captures what is really happening in a useful timeframe to inform citizens about what type of potentially dangerous activity is occurring in their towns and communities.  But setting that aside and just considering the data that are available to the public–and in this case, I admit, I only did a cursory review–I ask: Is the reality that “most fracks are up to 99.5% water and sand” the same as the claim “fracking fluid [consists of] 99.5%” water and sand?  If not then industry’s own spokespeople are either misinformed or dissembling.

What is the difference between 89 percent and 98 or 99.5 percent?  When considering compounds that have acute toxicity measured in parts-per-million, like 1,2,4-trimethylbenzene (part of a recent frack in La Plata County consisting of 75% water and sand—and 23% liquid nitrogen), it can be significant.   Aromatic hydrocarbons, a recurring ingredient in many Colorado fracking fluid recipes, are just one class of chemicals used suspected in causing long-term harm. These, and many of the other chemicals used also fall into a class known as ‘endocrine disruptors,’ that could very likely  cause harm at levels significantly below those that cause the type of acute response generally measured by toxicity levels (like in the above EPA fact sheet from the early 1990s).

And as much as industry  types might wish to be able to sweep all this under the rug with slogans and suspect fact-like statements, the research—and evidence of harm—is mounting regarding chemical exposure to the public health and to the health of  our environment, including our water sources and the air we breathe.

Unfortunately but not surprisingly, in a second (web-based only so far) letter, the Piceance Energy Action Council response to legitimate and fact-based concerns about the toxicity of this activity in people’s midst, is to attack the recently deceased globally famous pioneering Western Colorado researcher, Theo Colborn, whose work led to much of the understanding surrounding these poisons–as 'obscure,' 'agenda-driven,' and making 'wild and unsubstantiated claims.'

Ironically, the PEAC describes its purpose on its Facebook site as:

PEAC is a council of citizens dedicated to educating the community of Western Colorado, using facts and science, on the importance of responsible energy development and its benefit on generations to come.

Indeed, the PEAC is a primary proponent behind the slogan (and thin ‘white paper’) the ‘West Slope Way,’ currently being pushed as a model of interaction and dialog (the storyline goes) that resolves conflicts through collaboration.

The "White Paper" includes a breakdown of what has been branded as the West Slope Way, a system that anticipates community problems with the oil and gas industry and works directly with producers for solutions.

So out of the marketing bubble and back to reality, here’s what we have: a supposed model of local dialog being pushed by discounting local concerns, dismissing local scientists, disparaging local citizens, and built on inflated claims not quite supported by the data.  Pushed by a Facebook group with the mission of educating Coloradans using 'facts and science.' 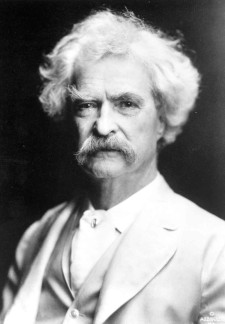 Recently we learned that the oil and gas industry spent upwards of $11 million on the last Colorado election cycle, which certainly buys a lot of PR.  But it’s hard to cover up what is right in the middle of people’s lives, and until and unless the industry sits down with communities to really listen to what they say, including accepting they may hear ‘no, you cannot do that here,’ there will be no resolution to the ‘fracking wars.’

Meanwhile I suggest that Coloradans tune their malarkey-sniffers up, and remember the words of Mark Twain, that there are ‘lies, damn lies, and statistics.’