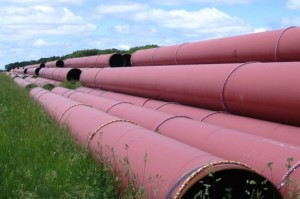 The Denver Post's Mark Matthews–didn't see this coming, did you?

Speaking to reporters outside the White House, Colorado Gov. John Hickenlooper said Tuesday afternoon that he supported the administration’s pledge to veto new legislation from Congress that would fast-track construction of the controversial Keystone XL pipeline…

“He has not been persuaded that this something in the best interest — long-term — of the United States,” Hickenlooper said. “I know there are a lot of people in Colorado who disagree with that (but) … with the price of oil down as low as it is, I don’t think the Keystone pipeline makes sense.” 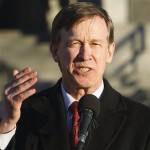 Support for the Keystone XL pipeline, which would speed the passage Canadian heavy crude oil to refineries and export terminals on the Gulf Coast, has become an article of faith for just about every energy industry backer and surrogate in Colorado politics. This is despite the fact that Colorado already has a pipeline connection from Commerce City to Alberta, and the Keystone XL pipeline would never enter the state. In fact, the biggest quantifiable effect completion of the Keystone XL pipeline on Colorado would have is an increase in local gas prices, as Canadian crude is routed to global markets via the Gulf Coast. The campaign trail claims by Cory Gardner last year that Keystone XL would create "thousands of jobs in Colorado" were simply hogwash, unsupported by any objective evidence.

And of course, there is the tar sands are really bad for the planet angle.

With that said, and Gov. John Hickenlooper makes this pretty clear, the biggest reason why Keystone XL is quickly becoming a nonstarter is the plunging global price of oil–which changes the economics of exporting massive quantities of low grade Canadian crude oil, well, anywhere. Now that low oil prices and a glut of supply have taken the immediate pressure off, a rational conversation about this project reveals a high cost with dubious benefits at best to the American economy.

It may not be as satisfying, but sometimes the bottom line speaks louder than a million protesters.