In 2013, the Democratic-controlled Colorado General Assembly took action to pass limited enhancements of gun safety laws. This was done in the wake of high profile mass shooting incidents in the prior year, including the July 2012 killing of 12 moviegoers, with 70 more injured, at the Century Theater in Aurora. Colorado is a traditional Western state with historically restrained gun ownership regulations, but after the 1999 shootings at Columbine High School in Littleton, the state began to chart a different course by requiring background checks for sales of firearms at gun shows. Republican Gov. Bill Owens also gave the Colorado Bureau of Investigations responsibility for carrying out the instant background checks required under federal law after the federal checks missed information that could have stopped a Castle Rock man from buying a gun and killing his children in 1999.

The 2013 legislature passed new laws limiting the capacity of gun magazines sold in the state to 15 rounds, tightening regulation of concealed carry permit courses, protecting victims of domestic violence from gun-owning exes, and (most importantly) requiring background checks to be conducted for most sales and private transfers of guns in the state. Many other states introduced gun safety legislation in the wake of the Aurora and Newtown, Connecticut shootings, but Colorado was one of very few states that successfully passed them–standing out all the more because of the state's gun-owning Western heritage. The reason gun safety efforts in most states and the federal level sputtered after gaining substantial traction after Newtown was simple: the powerful gun lobby unleashed an onslaught of money and organizing to stop these proposals, and to destroy the public officials who backed them. 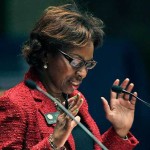 That Colorado Democrats in the General Assembly and Gov. John Hickenlooper withstood the gun lobby's over-the-top campaign against gun safety legislation is testament to an incredible level of discipline within the Democratic caucus–as well as the personal conviction of many members like Rep. Rhonda Fields of Aurora. Survivors and family members impacted by Columbine, the Aurora and Newtown shootings, and the gun violence that plagues communities in Colorado and across America offered riveting testimony. At the same time, the gun lobby and Republicans in the General Assembly launched into hysterics against the bills, flooding the debate with misleading hyperbolic jargon, and often complete nonsense. While Republicans were given wide latitude by the local media to level wild allegations about the consequences of the bills, Democratic gaffes and late-night outbursts of stupidity during the long debate were subjected to disproportionate scrutiny.

As readers know, the legislative battle over gun safety resulted in the first-ever successful recalls of two sitting Democratic state senators in September of 2013. Senate President John Morse, the former police officer who fearlessly led the fight to pass these bills, lost his urban Colorado Springs seat by a very narrow margin to city councilman Bernie Herpin. In Pueblo, Sen. Angela Giron fell victim to Byzantine local political squabbles egged on by the gun lobby's vengeance–losing her "safe" Democratic seat by a much greater margin than Morse to former Pueblo cop George Rivera. For a time, it certainly looked like the Independence Institute's Jon Caldara was correct: a "wave of fear" from these historic recalls would chill gun safety efforts across the nation: and maybe persuade frightened Colorado Democrats to roll back the laws pass in 2013.

Unfortunately for the gun lobby, something happened between the September 2013 recalls and the start of the legislative session in 2014. Republicans introduced repeals of the 2013 gun safety bills, but unlike the previous year, the massive protests that had surrounded the state capitol and nearly brought the workings of the legislature to a halt did not materialize. In a surprising development that local media almost completely failed to pick up on, testimony in the hearings for the gun safety repeal bills were dominated by supporters of the original legislation. The excuse we've seen offered is that the gun lobby knew the repeal attempts would fail, and didn't want to rally their members for a futile effort.

If that was the gun lobby's reasoning, it was a major miscalculation. Especially once the general election campaign was on this year, guns became more or less a non-issue. This is well illustrated by the shift in the message from Rocky Mountain Gun Owners-supported Republican candidates for the legislature in swing districts. Where guns had factored heavily in GOP primaries, by the general election, Laura Waters Woods and Tony Sanchez were changing the subject. What these candidates discovered is, outside a small, dedicated base that could be rallied to win a recall, the gun lobby's message doesn't win general elections. The polling, once you get past the overheated and deceptive rhetoric, is actually very strongly with Democrats on the issue. 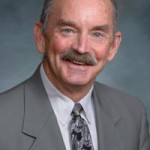 By this November, whatever outrage over the state's new gun laws that had been ginned up since 2013 completely dissipated. Even in a year where Colorado Democrats found themselves fighting rear-guard actions in strongholds like Adams County, both seats the GOP captured in the 2013 recalls were won back by Democrats by wide margins. Morse's SD-11 seat was in fact retaken by the former state organizer for Mayors Against Illegal Guns, Michael Merrifield, which to us is one of the most significant–and underreported–ironies of the 2014 elections.

The story of the 2013 battle over guns in Colorado isn't over, of course. With the GOP in narrow control of the Colorado Senate in 2015, there will be another attempt to repeal some or all of these bills. In the next election, control of the Colorado Senate is likely to come down to Jefferson County's Senate District 19, where Democratic Sen. Evie Hudak resigned to forestall a third recall in 2013, and Republicans defeated her successor this year by fewer than 700 votes. What we can say, based on the experience of the last two years, is that this issue did not provide the edge to Colorado Republicans they had hoped for in the wake of the 2013 recalls–which doesn't bode well for defending their slim Senate majority in 2016.

There's a reason why Colorado GOP chairman Ryan Call didn't support the recalls, even though he was part of an awkward insider campaign to take credit for them after criticizing them. By further empowering the hard-right Rocky Mountain Gun Owners faction of the Colorado GOP, the battle over gun safety in Colorado has pushed the party right when it needs desperately to move to the center to win elections (see: Gardner, Cory). In the long run, that could do more to hurt the GOP than anything this fight has done to help them. And Ryan Call knows it.