Who Did The Shutdown Hurt Most? Colorado Springs. 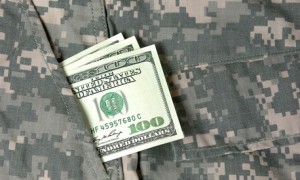 As the Colorado Springs Gazette's Wayne Heilman reports–we've talked at length in this space about the harm done to Colorado's economy during the GOP-engineered shutdown of the federal government in October of 2013. At one point late last year, it seemed as though the shutdown was going to do real damage to Republican electoral prospects in 2014. The issue did come up in the recent elections, but the principal target Rep. Cory Gardner overcame whatever damage those ads may have done.

In tourism-dependent communities like Estes Park, the shutdown of the national parks cost the local economy millions of dollars from cancelled bookings. The shutdown resulted in some delays in the federal government's response to the devastating September flooding along the Front Range. And, says the Gazette today, furloughed soldiers and federal employees in government-heavy Colorado Springs lost income, which cost the entire region economically:

The prime reason for the area's poor showing: a $110.8 million decline in earnings by military personnel and civilian federal employees, largely the result of furloughs and other cost-cutting measures put into place during the federal government shutdown in October 2013.

The area has about 36,000 troops on active duty and 13,500 federal civilian workers. About half of the civilians were off the job without pay during the shutdown.

The irony of staunchly Republican El Paso County taking one of the hardest hits from the October 2013 shutdown is obvious. And the numbers don't lie: this is a much bigger economic hit than Colorado's tourism economy took. That this clearly destructive and preventable action did not have any discernable impact on the 2014 elections, either in El Paso County or across the state in the U.S. Senate race, reflects one of the great conundrums of American politics today (see: Thomas Frank's What's The Matter With Kansas?).

We don't have the solution, but here is one of the clearest examples of the problem you're likely to ever see.