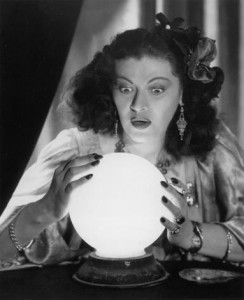 Quinnipiac University has featured the wildest swings in their polling of Colorado candidates of any public pollster in 2014 by far–so far away from the trends other polling shows at the same time that they've become something of a running joke among Colorado politicos. Quinnipiac's consistently outlier results have given Republicans lots to crow about, even as smart GOP analysts admit they don't think the numbers are accurate.

One of the things we and others who follow polls have noticed is that some–not all but some–pollsters tend to release results that give them the splashiest headlines early in the election season, only to tighten those numbers to something resembling consensus reality as Election Day approaches. Based on Quinnipiac's final polling of Colorado out today, that appears to be what's happening:

A late surge by Democrats in Colorado leaves the governor's race and the U.S. Senate race too close to call, according to a Quinnipiac University poll released today.

Results in the U.S. Senate race are the same as in the governor's race: 45 percent for the Republican challenger, U.S. Rep. Cory Gardner, and 43 percent for Democratic incumbent Sen. Mark Udall, with 6 percent for independent candidate Steve Shogan and 4 percent undecided.

An October 30 Quinnipiac University poll showed Gardner up 46 – 39 percent, with 7 percent for Shogan.

The fact is, we still don't know if these numbers can be trusted, even if they are correct in showing a rapid improvement for Sen. Mark Udall as they appear to. The poll only shows Udall leading Cory Gardner by three points with women voters, a figure we believe is substantially lowballed. Because Quinnipiac has been all over the map this election cycle, this result much closer to other polling still has little value to us–the polling equivalent of a lucky guess, or last-minute "CYA" that further underscores suspicions about their previous polling.

If it is the latter, it's a game people are becoming wise to.