A Few Words About “Mark Uterus” 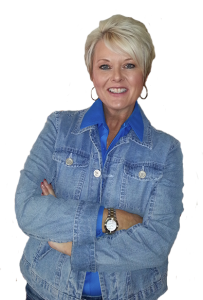 The issue of reproductive choice has undeniably played a large role in the 2014 U.S. Senate race in Colorado. The heavy focus on abortion this year has a couple of origins: first and foremost, the successful prosecution of the issue in 2010 against stridently anti-abortion Republican candidate Ken Buck. Like Cory Gardner, Buck was a longtime supporter of the Personhood abortion ban, and this was used effectively against Buck to run up the score for Democrat Michael Bennet with women voters. In the end, Bennet's 17-point margin with women was the decisive factor in the 2010 Senate race, overcoming public polling that only once out of a dozen or more showed Bennet with a lead in the month of October.

The second reason abortion has loomed large in 2014 is that Republican Cory Gardner made it an issue by affirmatively disavowing the Colorado Personhood amendments just a few weeks after entering the Senate race. Gardner himself focused the race on his decision to disavow Personhood, and all the consequences that spun out of that decision: the contradiction with Gardner's continued support for equivalent federal legislation that would ban abortion and common forms of birth control, and dismay from anti-abortion activists on the right who openly disagree with Gardner's decision and stated reasons for it.

Focusing on Gardner's no-exceptions opposition to abortion has had the desired effect for Democrats of alienating Gardner from women voters, and Gardner's attempts to put the issue to bed early in the campaign failed dramatically as his federal Life at Conception Act became the story. In response, Gardner and Republican surrogates have decried Democrat Mark Udall as a "social issue warrior," and the standard response to this issue became feigned exasperation over the Udall campaign's "obsession" with the issue of abortion. At the Denver Post's U.S. Senate debate early this month, reporter Lynn Bartels invoked the now-famous nickname "Mark Uterus" in a question about his campaign's focus on the issue.

Of course, Bartels didn't come up with that nickname. According to a story published just before that debate, the credit for "Mark Uterus" goes to outgoing state Rep. Amy Stephens. Stephens exited the Senate race early this year to make way for Gardner. But what you might not know, because Bartels never mentioned it, is that Stephens is a former public policy specialist for the nationally known evangelical Christian organization Focus on the Family. Stephens also wrote Focus on the Family's abstinence-only sex ed curriculum, No Apologies.

Take a moment and let that sink in, folks. One of the foremost "social issue warriors" in Colorado is responsible for the meme now being used to paint Mark Udall…as a "social issue warrior." If "Mark Uterus" didn't currently have thousands of Google hits, and mentions from the Denver Post to the Washington Post, we'd be inclined to let this go. But like it or not, "Mark Uterus" has seen a great deal of play. And it has its origins with someone who, if the full facts were understood, most voters would laugh at for going there.

All we can say is, the extreme hypocrisy on display here says a lot about this race.