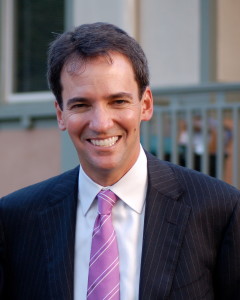 The Aurora Sentinel is the largest newspaper in Congressional District 6 — and really the only major newspaper covering Aurora — and today they published a surprisingly-strong endorsement of Democrat Andrew Romanoff over incumbent Republican Rep. Mike Coffman. As the Sentinel explains, Romanoff is a clear choice to represent the growing middle class in CO-6:

You’re about 40 years old. You and your spouse make close to $55,000 a year. About half of you are white, but the rest of you are either black, Latino or Asian. And you’re worried about how you’re going to hold onto what you’ve got. As part of the shrinking middle class in Aurora, and the nation, both candidates for the 6th Congressional District would pretty much have your back on economics if you send them to Washington. But only one of the candidates would vote on most issues the same way you would, and that’s Andrew Romanoff…[Pols emphasis]

…As the next Congress tries, again, to take up the matters of health care, immigration, Medicare, equal pay, federal spending, student aid, new energy development and the limitation of corporate greed and influence, Andrew Romanoff’s record and goals reflect what the district wants and needs. He offers a path forward that makes sense for all of Aurora.

The complete editorial is worth a read, if nothing else because it is so detailed in its assessment of Aurora's changing needs and environment. The Sentinel is critical of Coffman, though its critique is framed largely around the idea that Coffman is no longer representative of a district that bears little resemblance to the heavily-conservative boundaries that outlined CD-6 prior to the last census in 2010:

When Coffman first went to Congress to represent a very different district, drawn farther south as a conservative stronghold, his votes, rhetoric and opinions played well to those constituents. But they’re gone…

…Rather than be candid about it and campaign on his conservative politics, Coffman has worked hard to camouflage it. His voting record and work in Congress are nothing to be ashamed of, especially on military matters, it just doesn’t mirror the politics of the district. [Pols emphasis]

This is a compelling endorsement in a race that will be one of the most expensive — if not the most expensive — in the entire country. This is the kind of analysis that could cut through the clutter and make a significant difference to voters who may feel overwhelmed by TV ads and mailers — and Romanoff's campaign will no doubt spread this editorial far and wide.