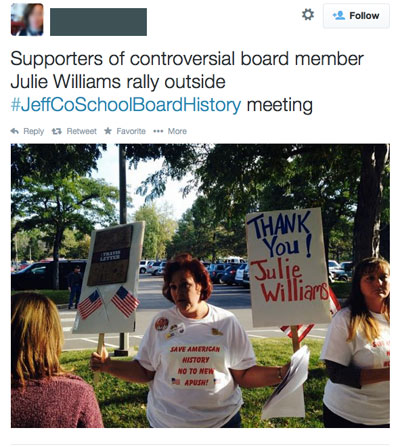 Both of them showed up tonight.

Why does this get its own Open Thread, you say? From 9News.com:

…Turnout is expected to be so high that the teachers' union plans to stream video from the meeting room — which holds a couple hundred people — on a big screen in the parking lot outside. Students are making plans to start their protests early in the day.

Turnout is expected to be so high that they will be LIVE-STREAMING VIDEO TO THE PARKING LOT. That's…wow.

You can watch a Live Stream of the School Board Meeting after the jump below. Twitter users should follow the hashtag #JeffcoSchoolBoardHistory.