CORRECTION: This post has been corrected to reflect that JulieMarie Shepherd is not of Hispanic decent. [Pols emphasis]

Perhaps she is of Hispanic in-"decent?" Kidding aside, there's still no explanation as to why Peak Politics decided Shepherd is "Hispanic" for the purposes of this blog post about "Hispanic" Republican House candidates, so…it must have been the photo?

Not the local conservative blogosphere's finest hour, safe to say. 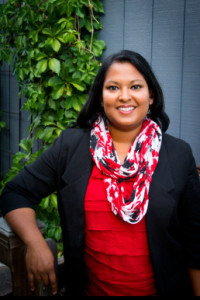 On the conservative blog Colorado Peak Politics today, a fascinating post, and by that we mean incredibly embarrassing, about Colorado Republican legislative candidates who represent the state's "diverse heritage." Here's what they have to say about one JulieMarie Shepherd, running against Rep. John Buckner in Aurora's House District 40:

Two of Colorado’s top targeted legislative races both feature Hispanic GOP candidates [Pols emphasis] and have made the list of “14 in ’14 Races to Watch” put out by the Republican State Leadership Committee:

…JulieMarie Shepherd is challenging Democrat Rep. John Buckner for his Aurora-based seat.  She has already distinguished herself in the community and is an at-large member of the Aurora Public Schools Board of Education.  Shepherd is young, energetic and hungry to make a difference.

While she was born in Calcutta, India, [Pols emphasis] Shepherd considers herself an "almost" native of Aurora. As an infant, she was adopted and came to live in Aurora with her mom, a retired United States Army Officer.

As you can see from the photo above, Ms. Shepherd is brown. Apparently, to our local conservative bloggers, brown skin tone is enough to be considered "Hispanic," even though there are in fact many ethnicities where brown skin tone is commonplace. For example, people from India.

If anyone would like to explain to us how this isn't every bit as bad as it looks, we're all ears…