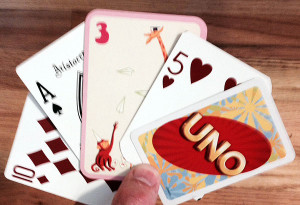 As we've written about before in this space, a potential legislative compromise agreement on fracking safety, led by Gov. John Hickenlooper, is still being held up by business and oil and gas hardliners who seem content to try to bluff with a hand of mismatched cards.

Two more ballot initiatives that could limit oil and gas drilling have been approved for gathering of petition signatures by the Colorado Supreme Court.

Initiative 92 would give local governments the authority to limit or prohibit oil and gas development within their jurisdictions. The measure proposes that if state and local laws conflict, the more restrictive laws would govern drilling.

Both Initiative 88 and Initiative 92 have received substantial financial backing from Rep. Jared Polis, who has dealt firsthand with fracking on his property in Weld County. Despite having a very personal stake in this issue, Polis has made it clear that he is willing to support a legislative agreement. "Despite the draft not being perfect I stand ready and willing to support the compromise and I appreciate all the work that has been done to craft this bill," Polis said in a statement.

Though no official agreement has been reached that would remove all fracking-related measures from the November ballot, Hickenlooper has managed to bring several key players into the fold. Three of the largest oil and gas companies operating in Colorado — Anadarko, Noble Energy, and PDC — have agreed with Polis to cooperate on a legislative solution. But any potential deal continues to be blocked by groups such as the Colorado Petroleum Association and the Colorado Association of Homebuilders, as well as a handful of some of the smaller oil and gas operations in Colorado. You read that correctly — many of the companies that still oppose any sort of compromise deal aren't even that active in Colorado drilling.

Check out this data on active wells through 2013, via the Colorado Department of Natural Resources (DNR):

As you can see, the oil and gas companies with the largest stake in Colorado drilling operations are all supportive of a legislative compromise. What's the deal here? Did Anadarko and Noble Energy forget to pay their annual dues to the Colorado Petroleum Association?

Regardless of your opinion on the issue, it's curious that a potential agreement on fracking is still being held up by a handful of hardliners who don't seem to understand that local control is a winning issue. There has been plenty of saber-rattling by industry folks threatening to spend gajillions of dollars to defeat any potential ballot measure this fall, but this appears to be one of those issues that can't just be defeated with a checkbook. Put it this way: if a local control measure makes the ballot in November, would you really bet against its passage? Remember that the Colorado Oil and Gas Association spent nearly $1 million last fall to defeat four local ballot measures…and couldn't prevent any of them from passing. If they couldn't defeat local ballot measures in an off-year election with a crapload of cash, why would anybody think that their odds would improve in 2014?