The Pen, The Post Office and the Two Americas

The Pen, The Post Office and and Two Americas – a simple headline, and a case for our President and our Senate Majority to do something simple themselves: a call to turn back the rhetoric of a "failed US Postal Service", empower rural communities, narrow the inequality gap amongst rural residents, and push the envelope of innovation.

An action that can be accomplished without the contribution of a single Republican member of Congress. 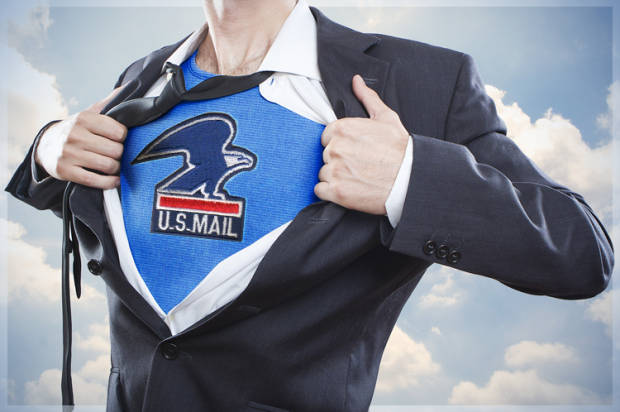 In the past year my political allegiances have been strained; my political beliefs have not.  Here at home I remain befuddled by our inability to tackle the challenges with the rampant expansion of the oil and gas industry, severance tax rates and the challenges to continue our leadership on the New Energy Economy.  For those, we have a remedy: ballot initiatives.  At the federal level I  understand the challenges in Congress over tackling issues of the least amongst us with the House majority).  Conventional wisdom is that nothing that could mitigate the economic challenges we face across rural America can be addressed in Washington absent almost certain obstruction from with the House majority.

To that end I'd offer an alternative point of view: Executive Action, or "The Pen".

Conventional wisdom is the United States Post Office, in particular our rural post offices, are doomed to extinction.  This is a manufactured crisis initiated by a lame duck Congress in 2006 with the sole intent to privatize the service, even though they are constitutionally required to preerve and promote it under Article 1, Section 8, Clause 7 of the United States Constitution .  It should surprise no one that their first dalliance with privatization was with a Romney/Bain entity, "Staples".   Today, absent the pre-funding requirement imposed on the Post Office by the 2006 Congress, a requirement imposed solely on one government entity, they would have registered a $1 billion profit, not a loss of $354 million.

The myth that USPS is a money pit is simply that:  a myth.

Like many from my generation, I grew up in a remote, rural community served by a Post Office,  zip code 80735.  Still operational; how much longer yet no one knows.  Our Postmaster, "Shorty" Wilcoxen, a war veteran and whose family were homesteaders in our community, was a valued member of our community.  His wife, our school secretary for years.  Solid, middle-class citizens in a small, rural town.

USPS was – and still is – one of the greatest "common good" services put in place by our Founding Fathers.  Like the many great social programs that emerged a century-and-a-half later through from the New Deal – projects that brought us rural electrification and federal law establishing cooperatives for farmers – there was a magic in those approaches.  They made the impossible, possible. Every community was enriched by these public investments.

It should also be of little surprise that our first Postmaster General, a Presidential Cabinet position until 1971, was Ben Franklin,  an agriculturalist steeped in innovation.  Ben is credited for such radical ideas as crop insurance, local fire departments,  the lending library and the community hospital.  The drafts of our nations Declaration of Independence, Bill of Rights and Constitution were written on hemp paper from his paper mill.

There is a tale of "Two America's" in this diary.  Not only is the issue of postal closings predominantly a "Rural v. Urban" issue, it's also about the vast and growing inequality in our rural areas.  The poorest census tracts aren't (as Congressman Ryan now knows) inner-city neighborhoods, but communities dotted across our national rural landscape.  It's a tale of "The Post Office" v. "Wal-Mart", the two largest civilian employers in the United States with two diverse business models: one that provides nearly 600,000 jobs, whose workforce includes many veterans, offers their employees living wages and benefits for their 600,000 employees and requires zero federal subsidies;  the other, a corporate model that pays an average wage half that of the Post Office, has become a welfare queen for federal subsides and has resulted in the wealth of the six individuals, heirs of the Wal-Mart empire, in a bounty equivalent to the entire bottom 43% of our entire nation.

While our Post Offices face certain closures and reduced service on it's march towards privatization,  the 'Wal-Mart expansion accelerates, its profits tethered to continued federal transfers.

I wish I was making this up.

The USPS is governed by a nine member board, appointed by the President and confirmed by the Senate.  Until the President's announcement to appoint Vicki Kennedy, the widow of the late Senator Ted Kennedy, to a board vacancy this past February, the board has operated with five open seats, leaving a majority to Bush appointees.  It wouldn't take a political genius to understand why the President, prior to Senator Reid invoking the nuclear option, wasn't going to spend any time on these nominations.  The present board of Governors are being good soldiers, carrying out the intent of the 2006 Congress to suffocate USPS.  Any attempt to change the balance of power would be blocked.   Ditto for Postal Regulatory Commission (PRC), where two Presidential appointments to fill their existing vacancies would bring a Democratic majority.  In its present form, it, too, is controlled by a Republican majority. With sub-Cabinet positions now only requiring a simply majority in Congress, the President can tilt the majority to one focused on using the USPS infrastructure to drive innovation and reduce inequality.

President Obama has stated he will use his executive authority to reduce inequality where possible.  The case for reinventing the nation's Postal Service as a center for innovation is strong.  Recent recommendations by US Postal Service Inspectors concluded that USPS could provide basic banking services (deposits and withdrawals) under their existing authority WITHOUT THE APPROVAL OF CONGRESS.  Rulings made by the PRC in 2010 has given the Post Office the option to conduct pilot programs, although the Republican-majority of the Board of Governors has opted to not do so.   The infrastructure is in place and the argument for postal banking compelling:  93% of all bank branch closing since 2008 have come in zip codes where the average household income is beneath the median level; 58% of their branches are in zip codes with one branch bank or fewer.  Modest income earned from banking services would keep the infrastructure sustainable.

Mr. President, we know that some of your worst detractors are from our rural areas; those of us who live in these parts feel that pain.  What we're asking for is to give us 'tools'; tools that empower our neighbors and our Main Streets. Without subsidies.  Without Congress.  You need only your pen.  Let's stop this federal retreat – give our small communities the option to not just survive, but thrive, for posterity.  A renewed postal service, with a focus on innovation, won't solve all of our ills – it is, however, a good start.

Mr. President, you made a commitment to exercise your executive authority to reduce inequality.  The solutions are as close as our local post office.

Let's be the yin for Cliven Bundy's yang.